Today, we’re scoping out news in retail, e-commerce and mobile commerce in the US. Always lots to talk about and share starting with a new report by Technavio which highlights the risks and rewards in luxury e-commerce slated to reach $41.8 billion by 2019. An omnichannel strategy and a focus on logistics and service are the secret to retail success according to Entrepreneur magazine.  QVC’s online sales grew 12% accounting for 58% of sales. By all accounts, Amazon will open 10 or more US bricks-and-mortar stores in 2016 and the retail industry is paying close attention.

Kate Spade sales grew by 14%, an impressive gain for the handbags and fashion retailer. With a focus on specialized marketplaces, some retailers like Staples are hoping to become a one-stop B2B shop. Tanger Factory Outlet opened four new malls in 2015, proving there’s still life in US retail mall sales. Jet.com acquired Hayneedle to get a foothold in the retail home segment. Hayneedle sales were $350 million in 2015. Meanwhile, Sports Authority filed for bankruptcy, with plans to lay off staff and close 41 stores, one-third of its locations. It joins a list as the seventh largest retail bankruptcy in the past decade.

Multi-brand retailers lead the luxury ecommerce market, representing four of the top five vendors in the space, according to a new report by Technavio.

When shopping online, the luxury consumer prefers to shop in a multi-brand environment, and this inclination is expected to drive growth of luxury ecommerce through 2019, according to “Global Luxury Etailing Market 2015-2019.” Online department stores have frequently been faster than single brands at adopting services such as free shipping and easy return policies, simplifying the ecommerce experience and making consumers more comfortable buying online. Via luxurydaily.com

4 Ways Omnichannel Retailers Can Step Up Their Shipping Game

Let’s face it, shipping is a part of the online commerce process most retailers would prefer to ignore. That’s why most don’t spend nearly enough time strategizing about how to deliver when it comes to delivery. This often results in the use of tactics like free shipping or free returns that can eat away at profit margins and ultimately hurt business.

As one single company, Amazon, becomes an increasingly dominant force in retail — Amazon enjoyed nearly 25 percent of all retail sales growth last year — the time has come for every retailer, large or small, to re-examine its logistics processes in order to keep up with the pack or, better yet, move ahead.

Long before Amazon came on the scene, Walmart was the iconic American retailer. In 1997, the year that marked Amazon’s initial public offering (IPO), Walmart first surpassed $100 billion in sales. Today, Walmart is still flexing its competitive muscle, investing heavily in its online business to compete directly with Amazon and other omnichannel retailers. Via entrepreneur.com

QVC, a unit of Liberty Interactive Group, reported Friday that e-commerce sales reached $3.85 billion in 2015, up 9.1% from $3.53 billion in 2014. QVC is No. 15 in the Internet Retailer Top 500 Guide. The fourth quarter was especially strong online, QVC says, and during Thanksgiving week, QVC’s largest sales week in history, e-commerce accounted for 58% of sales. Via internetretailer.com

When Digital Retail Gets Real (Literally)

What happens when one of the world’s largest e-commerce marketplaces is rumored to be making the leap from digital to brick and mortar? Pandemonium. (Well, not really, but you’d think that were the case given how the market responded to the chatter.)

The honest-to-goodness truth is that when a big e-commerce player like Amazon decides to break new ground (literally!), the industry as a whole will feel the ripples it makes. Why? Because it signals a seismic shift away from the tried-and-true e-tail-only model that has defined Amazon for years. Via marketingland.com

Shares of Kate Spade surged nearly 11 percent Tuesday, after the handbag maker reported fourth-quarter sales growth that easily outpaced competitors Michael Kors and Coach, as well as the broader handbag market. More importantly, the company logged a 14 percent sales gain despite pulling back on the number of promotions it ran during the holiday period, showing consumers were willing to pay full price for its products.

Despite lapping last year’s higher level of discounting, Kate Spade CEO Craig Leavitt said wholesale shipments and sales in its anchor handbag category increased by double digits. The company also logged better-than-expected sales in its online segment, even as it reduced the number of flash sales it ran. Combined, these two initiatives helped boost the brand’s gross margin by 2.5 percent. via CNBC

Many distributors keen to capture a share of the B2B market are now adopting this new model. Staples, one of the leading distributors of office supplies, has made its marketplace, launched in 2014, a key focus of its ecommerce strategy.

In addition to the generalists, we are witnessing specialized marketplaces that seek to position themselves as ‘one stop shops’ for clearly identified markets. Indeed, marketplaces are a particularly suitable sales model for niche or vertical business areas as they allow for extremely broad and deep product ranges to be offered, as well as bring together significant communities of buyers and vendors. Compared to generalist marketplaces, vertical marketplaces offer a shopping experience that sticks to sector specific co How can this new model work in a B2B setting? What are the main issues facing B2B companies to successfully embrace the marketplace revolution? via Multichannel Marketplace

Online retail marketplace Jet.com is making a big move in the home goods market. Jet.com is purchasing Omaha, Nebraska-based online home products retailer Hayneedle for an undisclosed sum. The sale was announced in tweets on the official Hayneedle Twitter account. In addition, Jet.com founder, chairman and CEO Marc Lore and Hayneedle president and CEO Jon Barker confirmed the acquisition in an interview with the Omaha World-Herald.

With the purchase, Jet.com will instantly become a major player in the online home goods market, currently dominated by Wayfair.com as well as Jet’s chief rival Amazon.com. Hayneedle.com generated $350 million in revenue in 2015. Via retailingtoday.co

Sports Authority files for bankruptcy and plans to shed 140 stores, at least 6 in California 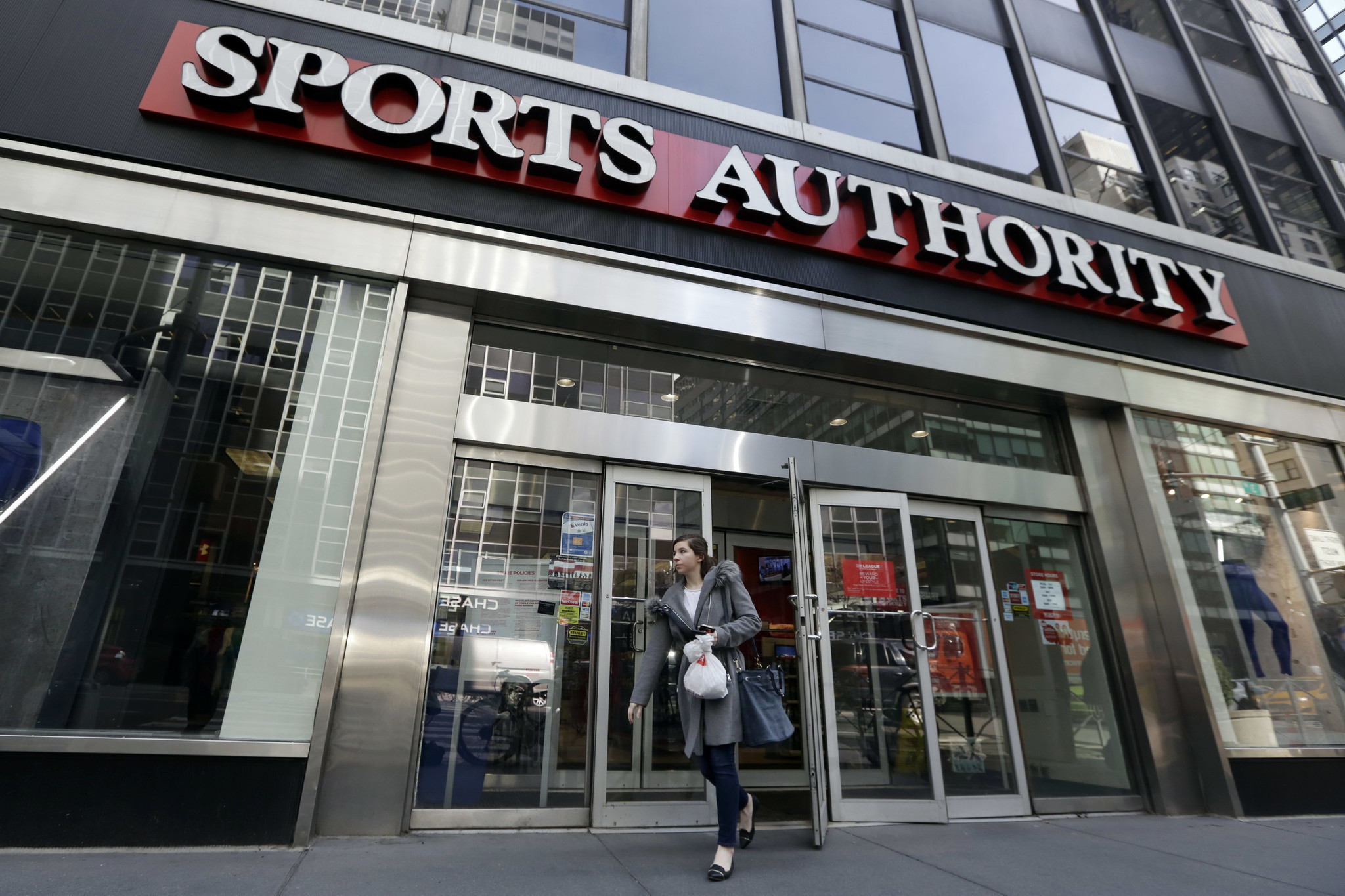 Saddled with debt and unable to upgrade its stores, Sports Authority filed Wednesday for bankruptcy protection. The Englewood, Colo., sporting goods retailer said it plans to get rid of nearly a third of its stores — including at least six in California.

Sports Authority said in a statement that the move allows it to adapt to the “changing dynamics” of the retail industry, especially the growth of e-commerce. As part of the restructuring, the company said it has identified about 140 stores and two distribution centers in Denver and Chicago that it plans to sell or close over the next three months. Sports Authority has 463 stores in 41 states and in Puerto Rico. Via latimes.com

These Are the 10 Biggest Retail Bankruptcies of the Last Decade

Sports Authority finally filed for bankruptcy after weeks of speculation and with that, the chain joined the ranks of the largest retail bankruptcies the industry has seen in the past decade.

With assets of up to $1 billion, the athletic gear retailer will land in the seventh spot in a tally led by Circuit City, Linens & Things, and General Atlantic & Pacific Tea (A&P).  The bankruptcy filing of Sports Authority is interesting because it actually participates in a growing pocket of the broader retail industry. Athletic gear popularity has increased as more Americans wear sneakers, athletic tops and t-shirts around town, not just for the purpose of working out. Via fortune.com

We regularly cover e-commerce in the US and around the globe. Get news, insight and opinion you can use, Monday to Friday morning in your inbox. Sign up above.