Let’s face it, the problems of US and global retailers can’t all be laid at the foot of Amazon. Retailers have overbuilt, not adapted fast enough to changing consumer tastes, reacted slowly to e-commerce growth and struggled with where to invest when it comes to technology. And they’re not the only industry faced with similar challenges. Today’s retail roundup highlights Q1 retail results and trends.

Kohl’s CFO Wes McDonald pointed to changes in consumer behaviors as the biggest impact on retail results in a recent analysts call. The Chicago Tribune highlighted comments about the most recent ragged retail results from chief execs at Macy’s, Kohl’s and JCPenney. Despite slight optimism at April retail sales, Ken Perkins of Retail Metrics said slow wage growth and Amazon price competition may be impacting clothing sales. Troy Cox of Bigcommerce offered tips on best practices for foreign SMEs who want to sell to US customers.

Not all retailers are suffering. Online retailer Wayfair.com reported Q1 sales up 90.7% and total revenue of $711.8 million, up 76.1% compared to the year previous. While overall revenue dropped at Kohl’s,  stores shipped 15% of online orders and 3% of orders were picked up in-store. Online sales at Nordstrom.com, NordstromRack.com and HauteLook grew 10.7% to $711 million or 21% of total sales in the first quarter of 2016. While Ralph Lauren retail sales dropped 0.8% to $3.93 billion in fiscal year 2016, analysts estimated its e-commerce sales increased.

Unemployment is down. Gas prices are low. Why isn’t America shopping?

For more than a year, the biggest names at the shopping mall have cast a hopeful eye on the declining jobless rate and low gas prices, betting that it was only a matter of time before consumers snapped out of a cycle of tepid spending that has left many retailers grappling with weak sales and declining store traffic.

But, with the likes of Gap, Macy’s and Kohl’s reporting this week that they rang up surprisingly dismal sales this spring, retailers — especially apparel chains and department stores — are facing a troubling reckoning. The economy is bouncing back, and customers just aren’t hitting stores or filling up digital carts like the shopping giants thought they would.

The uncertainty is lending fresh urgency to the challenges facing old-school stores, whether it is adjusting to the reality of online commerce or watching their customer base shift from big-spending baby boomers to the more cautious millennials. Via washingtonpost.com

What top department store execs are saying about their horrible quarter 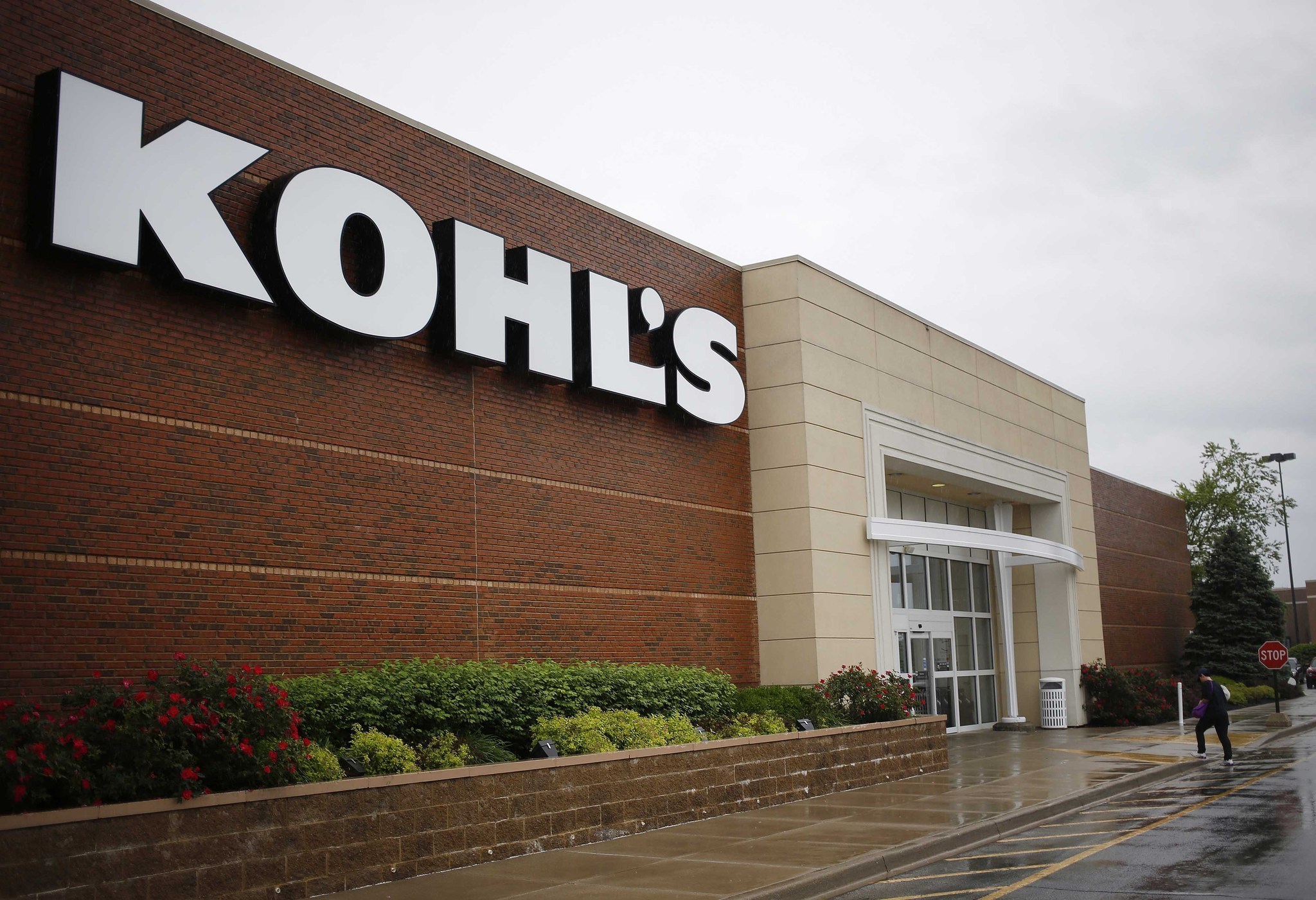 There’s not much to like about retailers’ first-quarter earnings, and even their top executives are admitting it.

“Clearly, our industry is in something of a rough patch,” Macy’s Chief Financial Officer Karen Hoguet told analysts on the firm’s earnings call. Looking at the share price of many major retailers, that rough patch becomes obvious. Macy’s is down 50 percent over the past year, while Nordstrom is down 39 percent, and Kohl’s is down 45 percent. The only “highlight” is J.C. Penney, which is down 3 percent over the past year, but fell another 5 percent at the market open on Friday.

It would be tempting to blame overall economic trends for the slowdown, but headline retail sales just saw its biggest jump relative to economists’ expectations in more than three years. So what gives?

The answer may lie in a changing consumer. “Bottom line, we have quite the contradiction between what many U.S. retailers said this week about the macro landscape and today’s April retail sales figure,” said Peter Boockvar, chief market analyst at the Lindsey Group. “That said, it goes back to the point of shifting channels versus slowing sales (quite a difference between online and department stores).” Via chicagotribune.com

Over the past 12 months, total retail sales have risen 3 percent. April’s sales gains paint a healthier picture of retail spending than did a slew of troubling reports released this week by Macy’s, Nordstrom, Kohl’s and J.C. Penney. Their gloomy figures had raised fears that consumers were pulling back at a time of meager economic growth, and retail stocks fell sharply in response.

But Friday’s government sales data offered at least a tentative hint that consumers may not be retrenching so much as shifting their purchases toward online retailers such as Amazon.com and thereby sapping traffic from the large retailers that anchor America’s major malls.

At the same time, Ken Perkins of Retail Metrics, a research firm, notes that Americans’ incomes are rising only tepidly despite an improving job market. A result is that women may be less likely to step up spending on clothing at a time when Amazon has intensified price competition. Via ibj.com

Could you provide some best practices for foreign SMEs who want to sell to US customers, such as consumer preference, shopping experience etc?

With so many advancements in the US retail industry, shoppers have come to expect a few things when buying online:

1. Free shipping is one of the most influential drivers when consumers are making an online purchase; if you find that you cannot offer free shipping, consider building in the price of shipping to the overall cost of the product, so shoppers aren’t presented with unexpected costs at checkout.

2. To attract new customers, consider offering coupon codes and discounts to get them to try your products. This can be a huge driver for transforming someone who might just browse your site into a customer and eventually a long-term, loyal shopper.

3. It’s essential to have a mobile-responsive site since more than 30% of orders now come from phones and tablets. Shoppers are looking for a seamless purchase experience no matter what device they use, and a responsive site that is equipped with a frictionless checkout experience such as PayPal or Pay with Amazon can greatly increase conversion.

4. Consider selling across non-traditional channels such as Facebook, Pinterest and Twitter. With social networks equipping their platforms with options for consumers to make a purchase through posts and tweets, there is an opportunity to review if those types of channels would resonate with your customer base. Via thepaypers.com

A boost in repeat customers and advertising spend drove up Wayfair LLC’s direct-to-consumer revenue by 92.7% and total revenue by 76.1% in the first quarter ended March 31, the online-only retailer reported today.

Online sales provided a bright spot for Kohl’s Corp. in a first quarter that CEO Kevin Mansell says otherwise fell “well below expectations.” Mansell told analysts on the retail chain’s Q1 2016 earnings call that online sales grew in the mid-teens percentage wise year over year, though he declined to specify further. Kohl’s, No. 19 in the Internet Retailer 2016 Top 500 Guide, does not break out online sales in its earnings reports.

He did provide some detail on the role Kohl’s stores are playing in fulfilling online orders. “In the first quarter, ship from store was 15% of our online demand, and buy online, pickup in store was 3%,” he told analysts, according to a transcript from Seeking Alpha. “We believe we have a big opportunity there and we’ll continue to test marketing that option throughout the year to make it top of mind in our customers for the holiday.”

With omnichannel efforts becoming more important, Mansell says Kohl’s plans to invest more money and resources to improve its ability to sync its retail stores with its online stores. Via internetretailer.com

Fueling that growth was a sharp spike in web business for Nordstrom Rack and HauteLook, both of which make up the retail chain’s off-price business. Nordstrom reported combined online sales for those brands of $166 million, up 41.9% from $117 million last year. Nordstrom posted a 4.6% year-over-year comparable sales gain in its off-price business including in-store and online, a figure that isn’t going unnoticed by senior management. Online accounts for nearly 21% of Nordstrom’s Q1 sales

Younger consumers turn increasingly to mobile devices for buying
For the fiscal 2016 year, retail sales dipped 0.8% to $3.93 billion from $3.96 billion. Retail sales for the year rose 4% on a constant-currency basis, the company said. Wholesale revenue fell more than 5% for the 12-month period. Via internetretailer.com

Watch for our regular retail roundups of US and global markets to keep you current on the latest news and developments in the store and online. You can also get our free morning weekday news briefs in your inbox by signing up at the top of the page.