Marketing Professor Eleanor Williams says experiential gifts & gift cards are good choices according to her recent research study. Research firm CEB says $1 billion goes unspent on gift cards every year. Online gift exchange Raise has had some challenges with cards not being accepted or deemed fraudulent by some retailers. The UK government is considering mandating a two-year validity for gift cards to protect consumers from an estimated $380 million of card fraud.

With 62% of consumers wishing they could ask for cash for Christmas, PayPal is promoting a designer gift card that makes it easy for peer-to-peer money exchanges. A Syrian asylum seeker turned terrorist had used Amazon gift cards to buy various components for an explosive device. 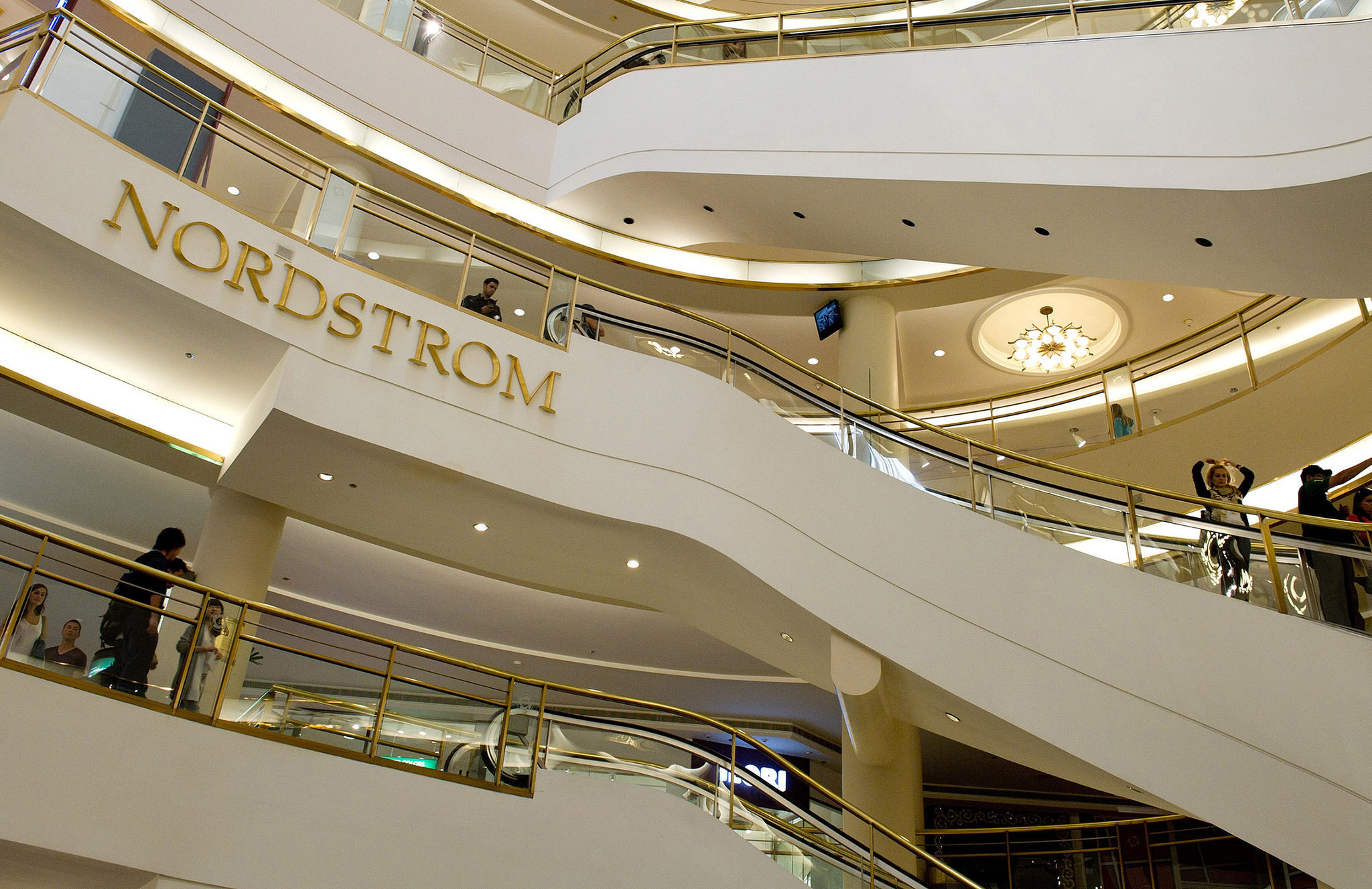 Nordstrom is fighting to stay relevant with consumers who are shifting their spending online, is letting shoppers digitally send each other presents this holiday season.

The upscale retailer has partnered with gift-card provider CashStar Inc. to let customers email specific items from the retailer’s website to people on their holiday lists. Recipients can accept the items that appear in their in-boxes and have them shipped to their doors, exchange the merchandise for something else or accept the value as a gift card.

“As far as gifting goes, there’s this balance of convenience and thoughtfulness, and we’re going to continue to strive to help the customer navigate that,” Sean Burrow, director of gift card at Seattle-based Nordstrom, said in an interview.

Nordstrom is testing the e-gifting platform on its full-line website, Burrow said. While gift-card sales surge during the holiday season, the retailer expects the feature to be useful year-round. Nordstrom’s gift-card sales are increasing across all channels and have exceeded the company’s overall growth rate, Burrow said Via chicagotribune.com

An “extremely strong” November for holiday shopping concluded with a “solid start” over Thanksgiving weekend, according to Sarah Quinlan, senior vice president of Market Insights for Mastercard. Although final holiday shopping data won’t be available until the end of the month, Quinlan spoke with Paybefore about how the shopping season is shaping up for retailers.

Gift card sales “will continue to grow … There’s no doubt about it,” Quinlan says. “I think [sales] will be bigger than last year but how much bigger remains to be seen.” Gift cards offer retailers a one-two punch. There’s the initial sale, but gift cards also play a strong role in the week of shopping after Christmas, which has become almost as big as the week before Christmas, she says. Consumers “go out and do some serious shopping” beyond returning unwanted presents. Many of them are redeeming gift cards and spending more than the face value, she notes.

Many retailers began promoting Black Friday sales immediately following Halloween, offering discounted items in the days leading up to the unofficial start of the shopping season in the U.S. Quinlan says there’s no doubt many retailers tried to lengthen the sale period, but Black Friday still means lots of shoppers because most people don’t have to work and it’s an event that people can do together. Via paybefore.com

If you’re worried about picking the perfect gift this holiday season, an Indiana University professor has some advice to help you out.

Kelley School of Business Assistant Professor of Marketing Eleanor Williams co-authored a study called “Why Certain Gifts Are Great to Give, but Not to Get: A Framework for Understanding Errors in Gift Giving,” along with two professors at Carnegie Mellon University.

“The pressure is so high,” Williams said of gift giving. Via fox59.com

If it’s the thought that counts, then gift cards don’t count much at all.

They’re popular, granted. Six out of 10 people responding to National Retail Federation surveys this year said they wanted to receive gift cards for the holidays, and more than half said they planned to give them.

The rest of us may think of gift cards as a cop-out. Gift cards are what you give when you don’t have a clue what makes the recipient tick and can’t trouble yourself to find out.

OK, that’s not totally fair. Gift cards may seem like the only reasonable solution when you’re dealing with, say, the ever-changing whims of your teenage nieces and nephews. But why bother with plastic? Just give ’em cash. Cash gets spent. A big chunk of what’s sunk on gift cards — about $1 billion per year, according to market research firm CEB — remains unspent. Via dailyrepublic.com 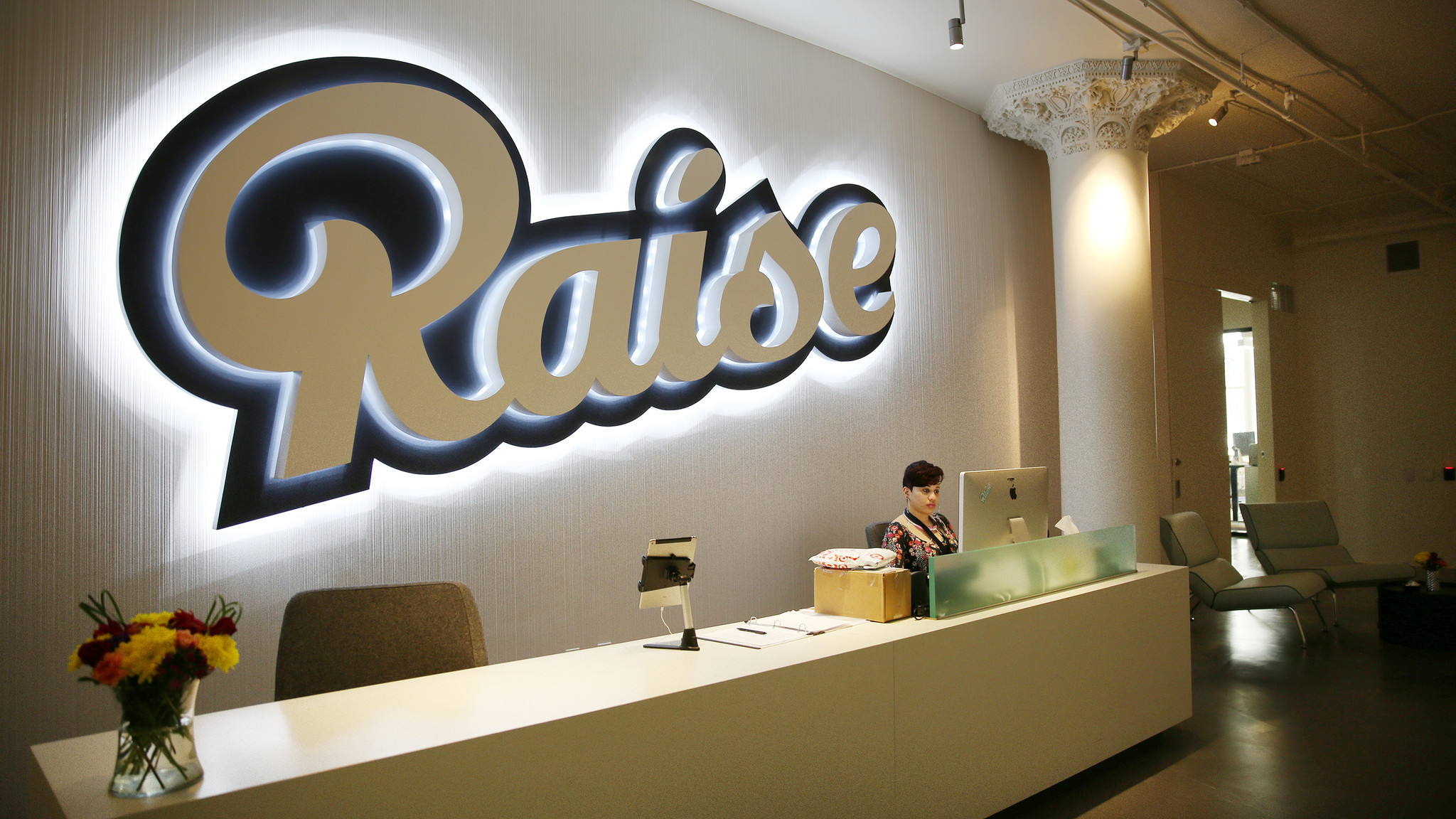 When Christopher Caruso of Chicago bought a $1,000 Southwest Airlines gift card online for $940, he thought he had scored a good deal. But when he went to book a vacation flight months later, he got a nasty surprise: The airline rejected the gift card because it was fraudulent, he said.

Caruso had bought the card secondhand on Raise, an online marketplace where people can sell unwanted gift cards to buyers looking for a bargain. Founded by 29-year-old Northbrook native George Bousis, Raise is one of Chicago’s hottest startups. In just a few years it has grown to 250 employees and drawn $87 million in funding, the company said. Illinois Gov. Bruce Rauner, who invested before being elected and now has his assets under outside management, is among its more prominent backers.

Gift card spending is expected to total $27.5 billion this holiday season. A successful transaction on a secondary gift-card marketplace saves people money: Customers can, in some cases, even buy cards on a mobile device while at a store, giving them an instant discount on their purchase. Via chicagotribune.com

Don’t be victim to RIP OFF vouchers costing YOU £300M

The warning comes after shops were accused of duping millions of unsuspecting shoppers by selling them gift cards which expire before people even get a chance to spend them.

Some are found to expire in just six months and others carry hidden fees. The Government is now stepping in to clamp down on the traders, putting forward proposals that gift cards should carry a minimum two year expiry.

If the measures are put in place, it would change the cards on offer from French Connection, Habitat, Costa and Ticketmaster – as their cards expire in just one year. Via express.co.uk

Let’s face it. It can be tough holiday shopping for the babysitter, a picky relative or that friend who already has everything. A recent PayPal study* found that money is the number one gift Americans want this holiday season, and 62 percent wish they could ask for cash instead of traditional holiday presents. But, the study also found that the main reason people don’t give money as a gift is because they’re afraid it’s not personal enough (63 percent).

For the first time, PayPal is collaborating with renowned designer Jonathan Adler to enhance our person-to-person (P2P) payment service so that sending the gift of money for the holidays feels more personal and heartfelt. Via finextra.com

Jaber al-Bakr was captured by German police who discovered that the Syrian migrant was actively building a bomb hoping to conduct an act of terror in the city of Chemnitz. Authorities have now revealed that various components al-Bakr had purchased to build his explosive device came were bought using untraceable gift cards from the online retailer Amazon, reports Focus.

Between the 8th of September and the 7th October al-Bakr had made 23 orders from the online retail giant under the false name “Khalil A.” Among the purchases was two pints of pure sulfuric acid, several pints of hydrogen peroxide, nine pounds of mineral fertiliser, along with measuring cups, funnels, and stirring rods. Via breitbart.com

Consumers still love giving and receiving their gift cards and all signs point to another strong holiday sales season according to the National Retail Federation.