We’re looking at the latest in US retail and e-commerce news, innovations and insight over the first quarter of 2016. No shortage of new developments, so let’s open the doors. According to MIT’s Michael Schrage, the top three trends impacting retail in the future will be consumer expectations, user experience and new technologies including the internet of things, artificial intelligence and even-bigger data. American Apparel’s experiment with on-demand delivery highlights an industry-wide challenge and trend. CNBC investigates why Ohio is becoming a hotbed for e-commerce and innovation.

The LA Times looks at SapientNitro’s report on retailers using virtual reality to create fun and engage customers better. Research from Boston Retail Partners and The Strawhecker Group shows while more than 70% of consumers have EMV chip-enabled credit cards, only as few as 22% and less than 37% of retailers are able to accept payment by these cards – a telling technology gap. Got a nifty website and a tech team? VCs are waiting to hand you money reports the LA Times. A new eMarketer report says the internet of things is already creating opportunities for innovative retailers.

IKEA is testing a virtual reality app that lets consumers explore kitchen possibilities using VR.  What’s a bralette? According to Sara Gaspar, associate analyst at WGSN’s Instock, bralettes shipments are up 157% over last year, accounting for 6% of the new lingerie/intimates products online. Victoria’s Secret will lay off 200 staff and move away from its reliance on print catalogs to loyalty programs and e-commerce.

OracleVoice: Ready Or Not: Top Three Challenges For Retail

“The one thing that really surprises and disappoints and shocks me is that a lot of C-level people see this as a problem to be solved,” said SXSW panelist Michael Schrage, a research fellow at the MIT Center for Digital Business and consultant specializing in innovation. “You have to accept this isn’t just about building digital capabilities; it’s about changing your culture.”

Established retailers that fail to make the shift will be starting a new chapter, he said. “And it’s called Chapter 11.”

What should retailers focus on to avoid such a fate? The conversation at SXSW centered on three trends, each of which has plenty of devils in the strategic and execution details. Via forbes.com

The looming limits of on-demand delivery

That’s hard to argue with, really. That is great for traveling or last-minute needs. But it’s hard to picture many people often opting for one-hour delivery for such apparel basics on a regular day. That puts these businesses in a tough spot. Same-day delivery startups need this kind of extra business in order to scale, but will it be enough to cross over from their venture-capitalized cushions to actual profits? Via retaildive.com

This is why Ohio is becoming the e-commerce capital

Few consumers stop to think about e-commerce having a physical footprint because part of the beauty of online shopping is that it can be done nearly anywhere, anytime.

However, fulfilling an online order takes a massive facility and big investments. The e-commerce hub for retail is not a major shopping area, but the Buckeye State. “For new development fulfillment centers, Ohio is usually at the top of the list for retailers,” according to Frank Layo, a retail consultant at Kurt Salmon, who advises retailers on supply chain and logistics planning.

Ohio checks off a number of key items for e-commerce: geographic location, a key transportation network, tax incentives and skilled labor. Via cnbc.com 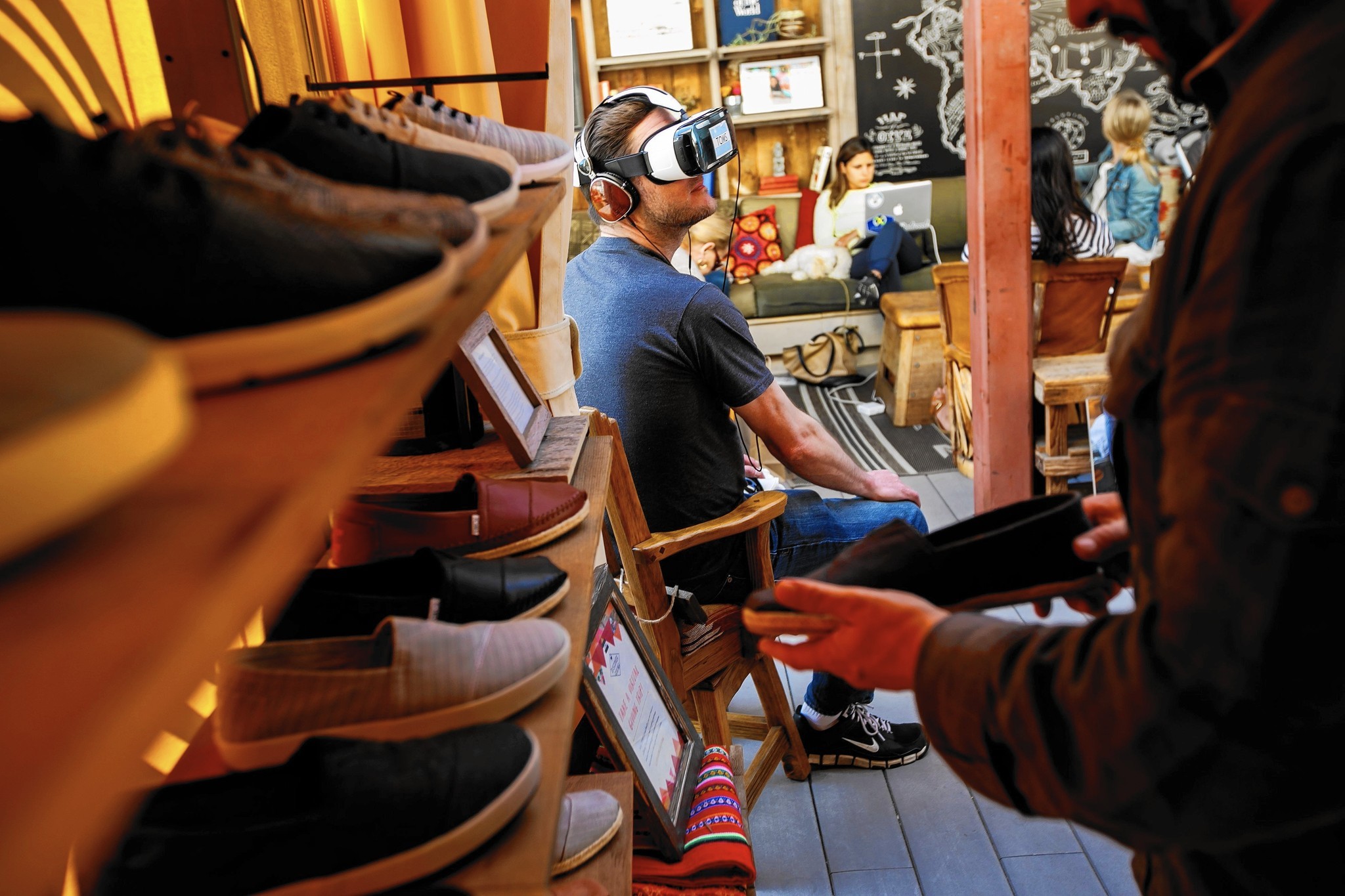 The next item you try on at the mall might be a virtual reality headset. No longer relegated to video gamers, VR is coming to amusement parks, movie theaters and classrooms. But the technology presents a major opportunity for retailers as they try to lure fickle shoppers into their stores, particularly as consumers shift more of their buying habits online.

“Virtual reality is going to fundamentally transform the human experience of shopping,” a report from digital agency SapientNitro said, predicting that it would “lift sales for those retailers who get ahead of the curve.” Via LA Times

American consumers are finally getting on board with new chip-enabled credit cards — but retailers aren’t following suit, leaving them vulnerable to fraud, according to a study released Thursday.

Seventy percent of US credit card holders have EMV chip cards, according to CreditCards.comd. Meanwhile, between 22 percent and 37 percent of retailers have adopted the technology, the survey said, citing research from Boston Retail Partners and The Strawhecker Group.

“Consumers have the chip-enabled cards and are looking to use them,” said Rob Cameron, chief product and marketing officer at Moneris, one of the largest debit and credit card processors in North America. “We’ve certainly seen an increase in interest from our merchants in moving toward EMV-enabled terminals.” Via cnbc.com 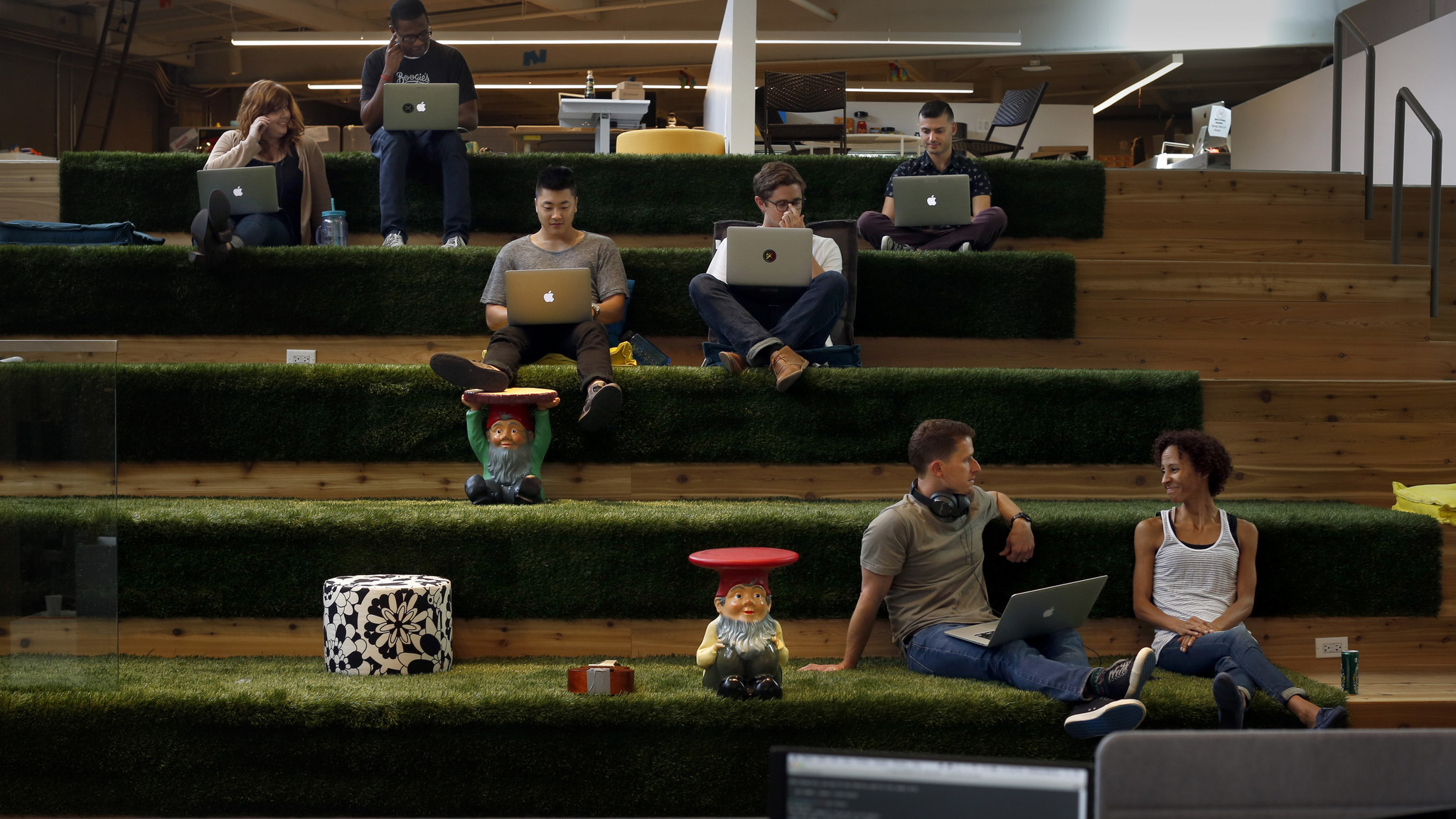 Stance, a maker of luxury socks, has raised $86 million. Dollar Shave Club, a grooming company that supplies subscribers with razors and moistened bathroom wipes, has amassed more than $160 million. And the Honest Co., actress Jessica Alba’s home-care brand known for its plant-based diapers, has scored $222 million.

The three businesses make consumer goods, yet they’re all backed by heaps of venture capital — the type of funding that fuels the tech world. So why are the biggest investors in technology backing firms whose tech prowess amounts to little more than a nifty website and a social media team?

It’s a question that lingers in the Herman Miller-gilded boardrooms of venture capital firms. And it’s one that underscores how Silicon Valley, despite its reputation for world-changing ideas, can also quietly embrace the mundane. Via latimes.com

How Is the Internet of Things Changing Retail?

The internet of things (IoT), an interconnected ecosystem of internet-enabled objects—devices, sensors, microprocessors, data hubs, networks, artificial intelligence software and analytics programs—is already being used across the retail industry. Whether it“s monitoring the supply chain, tracking and managing inventory, delivering personalized promotions, or enabling ecommerce from new environments, the retail IoT is ushering in an era in which “smart” things can seamlessly collect, share and analyze real-time data.

As explored in a new eMarketer report, “The Internet of Retail Things: What Marketers Need to Know,” the IoT is delivering many new opportunities for retailers. According to an August 2015 study by Retail Systems Research (RSR), the majority (54%) of retailers worldwide with above-average sales growth said they believed the IoT is poised to dramatically change the way companies do business in the next three years.

Studies that have assessed the market size and growth potential for the retail IoT agree that retailers are already making substantial investments, especially in the areas of supply chain monitoring, inventory management, asset tracking, and payments processing. While adoption is still in its early stages, it will continue to increase as technology becomes less expensive and more reliable. Via emarketer.com

The Ikea VR Experience app, developed in collaboration with French company Allegorithmic, lets consumers explore three life-size kitchen settings, giving them the flexibility to change cabinet and drawer colors. Users also may stretch or shrink themselves to approximate the perspective of an adult or child. The app, launching on the Steam gaming platform, is designed to solicit consumer feedback on the possible implications of VR technology for the home, according to an Ikea press release.

With virtual reality (VR) and augmented reality (AR) devices projected to become a $4 billion business by 2018, a growing number of retailers are embracing the technology’s potential to revolutionize the customer experience. Via retaildive.com

Guggenheim Securities analyst Howard Tubin recently noted that Victoria’s Secret’s younger Pink line has also expanded its bralette offerings to include more fashionable takes on the item. The bralette is also for sale at low-price retailers including Target, and department stores such as Nordstrom.

According to Sara Gaspar, associate analyst at WGSN’s Instock, the number of new bralettes arriving in the U.S. online market during the first quarter was 157 percent higher than in the previous year. That means they accounted for 6 percent of the new lingerie/intimates assortment online, compared with 3 percent the previous year.

“Bralettes — a must-have item for spring, based on our field work — continue to gain traction in the teen market,” Tubin recently told investors. They’re also translating into sales. On a call with analysts following its fourth-quarter earnings report, American Eagle called out the bralette as one of the contributors to its 4 percent comparable-sales growth, saying the item drove “incremental business.” Via cnbc.com

Victoria’s Secret owner L Brands said Thursday it is cutting 200 jobs in Columbus and New York as the retail brand goes through restructuring.

The retailer also said it will be moving away from Victoria’s Secret’s reliance on its iconic print catalog, investing more in its loyalty program and Internet-based communications like social media to connect with customers. Via retaildive.com

Retail lives in interesting times, to quote a Chinese proverb. Between e-commerce, new technology and cutthroat competition, retail has more than enough on its plate. We expect more disruption to fuel innovation and Cashback Industry News will be there covering the stories and sharing them as they happen. Sign up to get news you can use every weekday morning.