Amazon launches an innovative program with its newest luxury fashion partner luxury clothing merchant Moda Operandi. In its latest research report, L2 says luxury watch and jewelry brands are sacrificing search visibility to strategically target affluents. It’s a strategy that seems to be working. Sports Chalet is closing its 47 stores, a victim of intense competition, changing consumer tastes and a failure to embrace e-commerce. Jet.com will reach $1 billion in sales since launching in January 2016. This is innovative – Revolve Clothing turned blogger Snapchat posts from the Coachella festival into instant sales. Working with ChannelAdvisor Corp, Walmart has already secured 300 retailers to sell in its e-commerce platform.

The eBay Enterprise brand is dead, as the former eBay-owned unit officially merges with Innotrac to become Radial.

Though eBay is better known for its ecommerce site, the company has also offered enterprise-focused services for some time — eBay Enterprise specialized in developing and managing ecommerce sites for retailers. As part of its big divestment diet last year — which also saw eBay spin out PayPal as a standalone entity — the Internet giant offloaded eBay Enterprise to an investment consortium that included U.S.-based ecommerce fulfillment company Innotrac. The $925 million deal was finalized in November.

Now eBay Enterprise and Innotrac are jumping into bed together under a completely new brand, as they look to “prepare ecommerce for the new retail reality,” according to a press release. In summary, this means Radial is hoping to cement its position as an omnichannel technology and operations provider for ecommerce companies — covering digital and physical stores, order management, analytics, order routing, order and inventory management, payments, and customer service. The company currently counts DSW, GameStop, Shoe Carnival, and Destination XL as clients. Via venturebeat.com

Betaout, a marketing automation platform for e-commerce companies, plans to expand in India, Southeast Asia, and the United States after closing $1.5 million in pre-Series A funding.

Along with earlier seed funding, this brings Betaout’s total raised so far to about $2 million. The list of investors in its new round include Beenext, Stanford Angels, Letsventure, Chennai Angels, Hyderabad Angels, and Mumbai Angels. Previous backer Sam Yagan, former CEO of The Match Group and founder of Corazon Capital, also returned for the pre-Series A.

Launched in 2014, the company’s new capital will be spent on signing new clients and improving its analytic tools. Founder and CEO Ankit Maheshwari and his brother Arjun (Betaout’s COO), both serial entrepreneurs, decided to focus on e-commerce marketing after encountering an annoying problem with one of their own purchases. Via techcrunch.com

Walmart and Amazon have been fighting an e-commerce war, and now their efforts have turned to third-party merchants.

Walmart has a much newer third-party marketplace when compared to Amazon, but the retail giant is making a serious push to sign more sellers. To that end, Walmart linked up with marketing firm ChannelAdvisor to make it easier for merchants to sell on Walmart.com, according to Internet Retailer.

The company had six third-party merchants (including Wayfair, eBags, and ProTeam) when the marketplace debuted in 2014, but it now has approximately 300. Via businessinsider.com

According to Bloomberg, Amazon has recently announced that it is teaming up with luxury clothing merchant Moda Operandi to create a “seamless shopping experience” that will offer high-end designer label garments on its eCommerce marketplace. The partnership, as Bloomberg notes, could help Amazon up its apparel — an area of retail where it has struggled — and push its payments operation into the brick-and-mortar side.

For Moda Operandi, a startup that has raised more than $130 million in the six years since it was founded, a partnership with a global eCommerce giant like Amazon would allow it to connect its physical stores with online operations on a global scale. No small feat.

How would it work? Online shoppers would start their experience at Moda’s Web store and finish at its New York or London emporiums. Shoppers can log in on Moda’s website with their Amazon ID and place items in their cart. Powered by Amazon’s connected smartphone app and utilizing beacon technology, sales associates at the Moda store will be notified when a shopper has arrived to try on clothes selected online. They can also see all the items a customer may have browsed or liked and help guide them to other in-store purchases. When the customer is ready to check out, they can seamlessly pay for their purchase using their connected Amazon account and stored credit card info. Via pymnts.com

Since L2 last assessed the watches and jewelry sector, luxury brands have begun to embrace various SEO/SEM strategies on the category level, having been virtually invisible on Google search results in the past.

L2’s “Watches & Jewelry 2016: Search Insights” report provides an overview of the sector’s luxury and premium players, uncovering how search strategy has evolved over time. Although watch and jewelry houses in the luxury space are taking different approaches to search, the majority are depending on organic and paid search leads using branded terms to drive Web site traffic.

“Luxury brands have taken a much more nuanced approach towards reaching their target customer,” said Elizabeth Elder, research associate at L2. “They don’t want the customers who are shopping for lower-priced items so they are willing to sacrifice visibility on certain keywords in order to strategically align themselves with the right market. Via luxurydaily.com

Why sporting goods retailers are fumbling 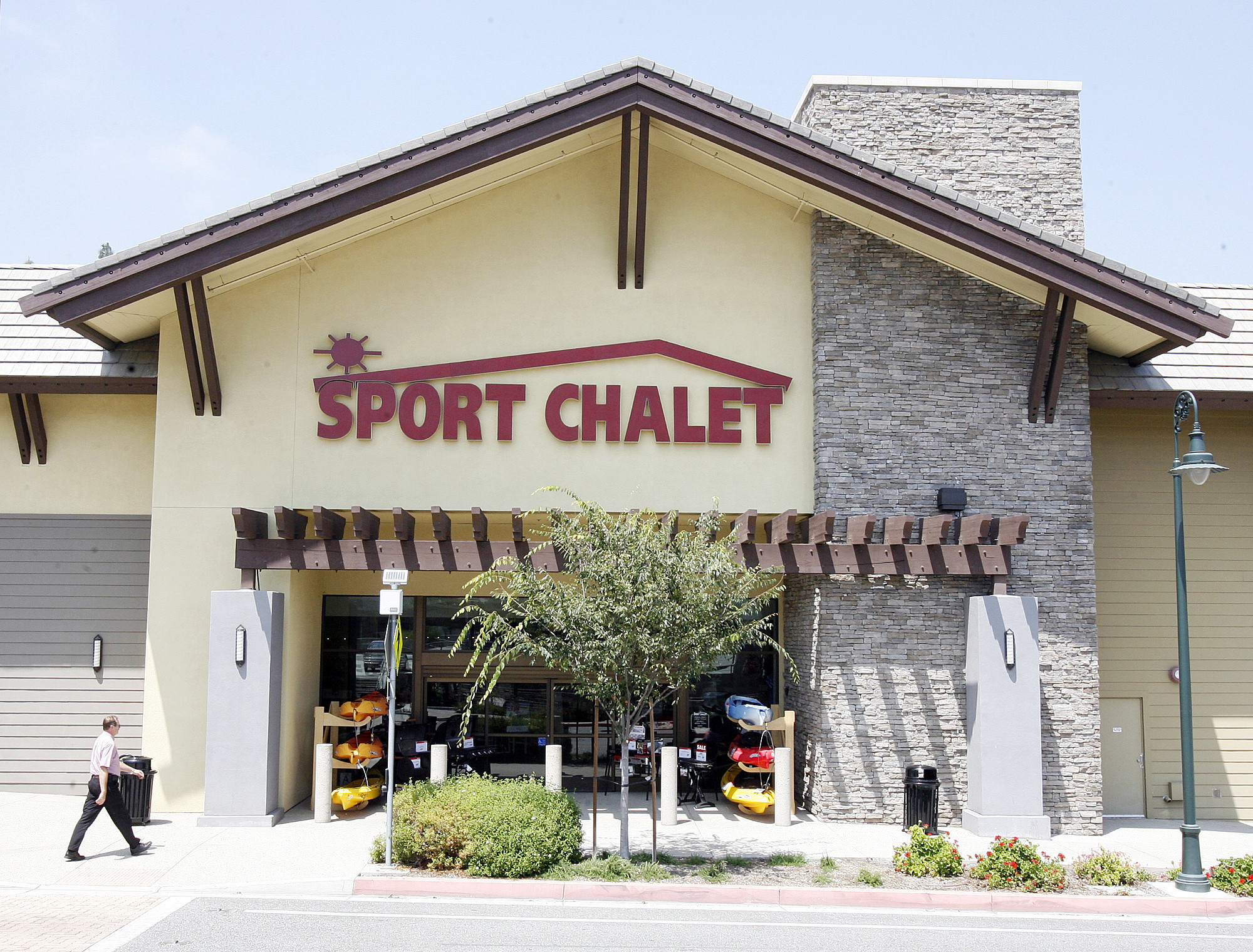 If you’re a sporting goods retailer, trying to do it all often ends in defeat.

Sport Chalet learned that the hard way, abruptly announcing Saturday that it was closing all of its 47 stores. The La Cañada Flintridge-based chain spent years battling financial troubles and struggled to keep pace with changing consumer tastes that made for exceptionally fierce competition — even by retail standards.

Jet.com has acquired customers quickly, and those customers have spent nearly $1 billion on the online marketplace in less than a year since its launch, Scott Hilton, chief revenue officer of Jet, said at the annual ChannelAdvisor Catalyst conference in Las Vegas this week. ChannelAdvisor helps retailers sell on marketplaces such as Jet, Amazon.com Inc. and eBay Inc.

Jet, which opened its online doors in July 2015, doesn’t sell inventory of its own but instead is a pure online marketplace that acts as a platform where other merchants sell. To date, Jet has more than 1,600 sellers on its site offering about 10 million products, Hilton said. Jet takes a cut of between 8-15% depending on the product category, of each purchase on its site.

Online apparel retailer Revolve Clothing hopes Snapchat will be music to its bottom line during the Coachella Valley Music and Arts Festival over the weekend.

Revolve, No. 136 in the Internet Retailer 2016 Top 500 Guide, is pairing with delivery service Postmates to quickly deliver items it features on its Snapchat story and Instagram feed during Coachella to shoppers in six markets. Those markets eligible for delivery in an hour or less include Dallas; Los Angeles; Orange County, California; Palm Springs, Calif. (where the Coachella Festival is being held); New York City; and San Francisco. Shoppers will pay a $3.99 flat delivery fee, and the service is available between 10 a.m. to 6 p.m. local time.

Walmart.com invites more merchants to sell on its marketplace

Wal-Mart is making a push to encourage more retailers to sell on Walmart.com.

Wal-Mart Stores Inc. is working with ChannelAdvisor Corp., a marketing firm that helps retailers sell on marketplaces like those operated by Amazon.com Inc. and eBay Inc., to rapidly increase the number of merchants in its marketplace program. The two companies announced the plan at ChannelAdvisor’s annual Catalyst conference this week in Las Vegas.

Wal-Mart, No. 4 in the newly released Internet Retailer 2016 Top 500 Guide, began in 2009 to allow other retailers to sell their products along the retail chain’s inventory on Walmart.com. Wal-Mart has developed its online marketplace slowly, starting with six merchants—eBags Inc. (No. 167), Wayfair LLC (No. 24), Tool King LLC, Plumstruck (No. 91, part of Hayneedle Inc.), ShoeBuy Inc. (No. 101) and ProTeam (No. 38, part of Fanatics Inc.)—and, starting in 2014, began expanding its roster that now lists approximately 300 retailers, according to investment firm Robert W. Baird & Co. Via internetretailer.com