Welcome to Cashback Industry News. Today, we update you on venture capital investment in e-commerce and cashback – what’s strategic, where it’s happening and what’s worth following. General Catalyst raised an impressive $845 million for US technology investments. In India in 2015, VCs kept rapid pace with Sequoia Capital (48 deals), followed by New Enterprise Associates (44), Accel Partners (42), Bessemer Venture Partners (24) and Andreessen Horowitz (21), according to Tracxn.

Canada’s Fairfax Holdings CEO Prem Watsa met with PM Modi and then announced a $1 billion fund for Indian investment. Russian Sistema JSFC floated $50 million for a new Asia technology investment fund. China’s Alibaba is looking for Indian e-commerce assets to compete with Amazon in India with Flipcart rumored to be a target. Curious about best funded US startups? CB Insights has the details.

General Catalyst Raises a Whopping $845 Million for Its New Fund

After years as an established player in the Boston and East Coast technology scene, General Catalyst took its shingle and headed out west to stake a claim in the second California dot-com gold rush of the mid-to-late aughts of the 21st century. A few years later, the firm decided to plant another flag back East with the opening of its New York office. Sequoia Capital and New Enterprise Associates were the most prolific venture capital firms last year globally in terms of the number of deals, backing 48 and 44 start-ups, respectively.

Tiger Global Management, which is one of the most prolific investors in the Indian start-up ecosystem, having backed the likes of Flipkart Ltd, Shopclues (Clues Network Pvt. Ltd) and Grofers (Locodel Solutions Pvt. Ltd), ranked eighth in the list of the most prolific venture capital firms in 2015, with 18 deals. Via livemint.com

India-born Prem Watsa, the chairman and CEO of Canada’s Fairfax Financial Holdings, is set to form a new platform to invest around $1 billion in India enthused by the economic opportunities in the country under the new government, he said after meeting the Prime Minister Narendra Modi, during the weekend.

In his media interaction with two publications he said the new platform, which would be announced in a few weeks, would be separate from Thomas Cook. Thomas Cook, a public listed travel services firm, is majority owned by Fairfax arm Fairbridge. Over the last two years, under Fairfax, Thomas Cook has diversified from its core business and got into HR services after it acquired Ikya and has also gone ahead and struck a deal to buy Sterling Holiday Resorts. Via vccircle.com

Russian conglomerate Sistema JSFC said on Friday it has floated a proprietary $50 million (Rs 340 crore) Asia Fund to invest in Indian startups in the technology and niche consumer retail sectors.

The corpus of the Sistema Asia Fund will be increased in the future once its startup financing business grows in India, Vsevolod Rozanov, Group CFO, Sistema, said in a statement. He didn’t disclose the future size of the fund. The Singapore-registered fund is aimed at more mature startups looking to raise Series A to Series C rounds of funds. It will be advised by Insitel Services, a wholly owned Indian unit of Sistema. Via techcircle.vccircle.com

Why Alibaba wants to invest in competing Indian e-tailers

After backing Snapdeal and Paytm, recent news reports suggest that Alibaba is making a beeline to invest in the country’s largest e-commerce player Flipkart. The news report suggested that an eventual deal between Alibaba and Flipkart depends on Flipkart’s willingness to offer stake at a discount to its current valuation of $15 billion. Both Flipkart and Alibaba did not respond to a Techcircle.in query for more details. Via techcircle.vccircle.com

Startup Nation: The Top Tech Startup In Every US State 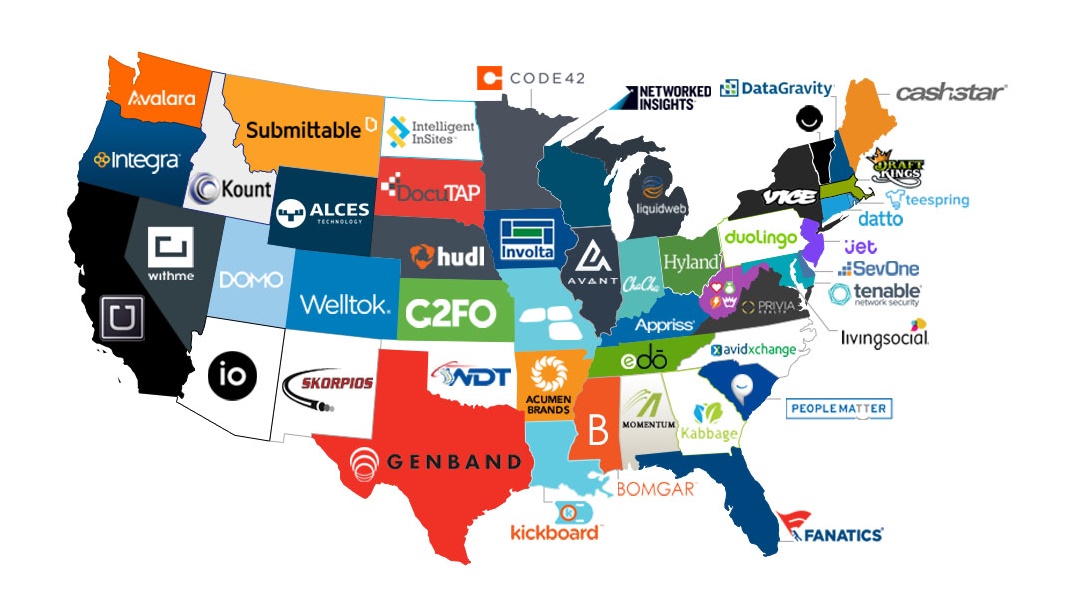 The tech boom has diffused beyond the traditional hotbeds in California, New York, and Massachusetts, across the entire United States. Other states are home to well-funded and well-known startups, including Jet (New Jersey), LivingSocial (DC), and sports e-commerce company Fanatics (Florida). The less well-known include Minnesota-based Code42 Software, which has raised $137.5M in equity funding to date.

“We have a consumer population of 300 million that may go up to 600 million in the years ahead. There are tremendous opportunities in reaching this population and the task is being undertaken by passionate young people. They need backing,” Tata said.

And that is perhaps why Bansal has invested in Yadav’s startup. For, as Bansal says, at the broader level, it is about making organisations more productive and nimble. “I look at ideas and the space and ask ‘is that so big that it starts feeling scary’. It’s an audacious goal, to make the government productive,” he added.

In December 2015, Yadav received an undisclosed amount of seed funding from Sachin Bansal and Binny Bansal. The venture also received funding from Yuvraj Singh’s YouWeCan Ventures. Yadav’s new startup’s stated objective is to enable governments to leverage technology and internet to bring about greater efficiency in functioning, which will also save costs. Via techcircle.vccircle.com

The frenzy of VC investment in India reminds us of US dot-com bubble. But with so much room for the Indian economy and technology to grow, few investors are thinking about an end to the rapid growth at this stage. In the US and Europe, VC investment seems harder to attract for startups as VCs look to exit or choose targets more carefully.