Amazon had 42.7% of all online sales in November and December, according to research firm Slice Intelligence, while the next 10 retailers in total recorded 24.8% of online sales. Amazon retailers sold more than 23 million items on Cyber Monday, up 40% from the previous year. Macquarie retail analyst Ben Schachter, estimates Amazon took more than 25% or $22 billion of the estimated retail growth of $94 billion in 2015. 24/7 Wall Street reports Amazon could hit $36.75 billion in sales in the final quarter of 2015.

Amazon.com, Inc. (NASDAQ:AMZN) stock has surged by more than 110% in 2015, and Susquehanna Bank analyst Shyam Patil expects this trend to continue. He reiterates that growth in Amazon’s e-commerce business and expansion of cloud division Amazon Web Services (AWS) will continue to positively affect the company stock for years….

Amazon continues to dominate the e-commerce realm, with three million Prime subscribers added in December’s holiday season alone. More and more users are persuaded to try its $99 Prime service that comes with extra perks, including two-day free shipping and free music/video streaming. The Amazon Pantry service has also been received positively, and has shackled retail giants such as Walmart in the US and Tesco in the UK. Via bidnessetc.com

About one in every three online product searches begins at Amazon.com (NASDAQ:AMZN). It’s a surprise the retail giant hasn’t turned into a verb similar to Google — “Amazon it.” It’s no surprise then, that its gross merchandise sales are expected to climb about 25% this year.

But putting those numbers in the context of the larger retail landscape really sheds some light on the absolute dominance of Amazon in retail in 2015. Macquarie Research analysts point out that Amazon accounted for $0.51 of every $1 of growth in U.S. e-commerce during 2015. Moreover, it grabbed 24% of total retail growth in the United States.

Competing for scraps
Amazon’s retail dominance leaves its competitors, such as Walmart (NYSE:WMT) and Target (NYSE:TGT), competing for scraps in order to grow sales. That’s why Walmart is expected to see a slight decline in sales for 2015, while Target grows revenue in the low single digits. Via fool.com

Most of Amazon’s revenue come from North America. In Q3 2015, North American net sales were $15 billion, while sales from the rest of the world were $8.27 billion. This 81% difference actually widened from Q3 2014, when the difference between North American and rest-of-world sales was 51.7%. Amazon grew sales year over year in both areas but more significantly in North America.

It’s easy to view this as a negative, but that’s shortsighted. International sales are growing, but Amazon is doing such a phenomenal job in North America that the international results look paltry in comparison. Amazon already has a presence in nearly every country in the world, and further investment should allow it to gain market share over time.

Of the top 10 e-commerce markets in the world, only two — The United States (No. 2) and Canada (No. 8) — are in North America, according to Trellis, which specializes in e-commerce, Magento, and Internet marketing, and looked at eMarketer data. On that list of 10, Amazon is not the top online seller in China, Japan, France, South Korea, Russia, or Brazil. This is an opportunity for Amazon, and one that I expect CEO Jeff Bezos and company to capitalize on over time. Via fool.com 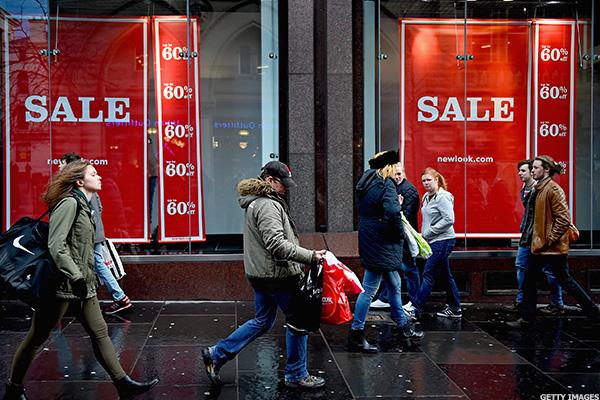 Channel Advisor, which compiles retail data for some of the largest online shops, said its clients reported same-store online sales growth of more than 50% from midnight to noon on Thanksgiving. Sales on Amazon spiked 31% during that span.

Meanwhile, Amazon said it added 3 million new Amazon Prime subscribers in the third week of December alone. The company added that it set a new record by delivering over 200 million items for free with Prime this holiday season.

Amazon went on to grab 42.7% of all online sales in November and December, according to research firm Slice Intelligence. That compares with 24.8% share for the next 10 biggest retailers combined, including Walmart (WMT – Get Report) , Target (TGT – Get Report) Macy’s (M – Get Report) , Nordstrom (JWN – Get Report) and Best Buy (BBY) . Via thestreet.com

Amazon: Sales Up More Than 40% on Cyber Monday It was a record-breaking holiday season for Amazon. The company announced Tuesday that holiday shoppers around the world ordered more than 23 million items from its sellers on Amazon on Cyber Monday — an increase of more than 40 percent over the same day the previous year.

Amazon said it was the first time the company has exceeded the 23 million mark for Cyber Monday sales. The Seattle-based e-commerce giant also said it delivered more than a billion items worldwide in 2015 through its “Fulfillment by Amazon” service. During the entire holiday season, the number of items shipped through the Fulfillment By Amazon service worldwide grew more than 60 percent compared to a year earlier. Via nbcnews.com 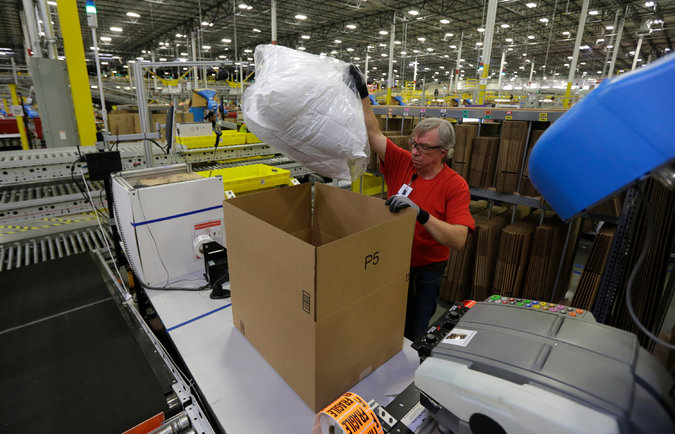 Of every additional $1 Americans spent for items online this year, Amazon captured 51 cents, according to a recent estimate by analysts at Macquarie Research. And of the expected $94 billion growth in all retail sales this year — both in stores and online — Amazon took a staggering $22 billion, or almost a quarter, Ben Schachter, a retail analyst at Macquarie, calculated.

And this year’s holiday shopping season served to solidify the notion that the Internet is increasingly Jeff Bezos’s world and the rest of us are just shopping in it. Amazon capped its blockbuster year by reporting what it said was a record-breaking holiday season, shipping 200 million more items through its Prime subscription service, which offers free shipping and a host of other benefits, during the period from Nov. 1 through Dec. 19, compared with last season. Via nytimes.com

Did Amazon Sales Surge 25% Over the Holidays?

Amazon.com Inc. (NASDAQ: AMZN) forecast it could post sales up as much as 25% in the current quarter which would take revenue for the period to $36.75 billion. If so, its ability to trounce the balance of the retail industry during the holidays will grow sharply again.

The National Retail Federation forecast holiday sales overall would be weak this year at 3.7% to $630.5 billion. That compares to a 10-year average of 2.5% but must still be a disappointment to large retailers, the same-store sales of which have recently risen at a rate little more than low single digits, or even dropped for some of the largest companies in the sector. Via 247wallst.com

Tomorrow we look in detail at Amazon’s Prime service, its impressive growth and its future impact on e-commerce and logistics.