Today, we have another of our popular retail news roundups featuring highlights and insight from developments with the largest US retailers. With the exception of Target, most of the major retailers are trying hard to grow sales, manage costs, balancing layoffs closures, wrestling with e-commerce and struggling to maintain profitability. As you’ll see in this retail roundup, there are a few bright spots but mostly bumps on the road ahead.

We start with a look at WWD’s list of the top 25 e-commerce stores led by Amazon and Walmart. While Walmart’s e-commerce grew by 12% in 2015, division CEO Neil Ashe says the company is focused on total customer experience in-store and online. Fortune profiled JCPenney CEO Marvin Allison looking at the positive turnaround to date and the big job still ahead. Part of Target’s success has been the 34% growth in its e-commerce business in 2015 according to Moody’s analyst Charlie O’Shea. Target Express‘s smaller-store concept seems to be gaining sales and popularity with consumers.

Barnes & Noble is making slow but steady progress with a smaller than expected number of store closures, growth in book sales and an increase in the variety of products in store. Costco 2Q net income fell 8.7% to $546 million with some analysts suggesting it needs to move faster on its e-commerce plans. Kohl’s plans to close 18 stores, just one of many big retailers trying to regain profitability. Sears and it’s Kmart subsidiary are scheduling layoffs and store closures, and also struggling with profitability. TJX, owner of T.J. Maxx and Marshalls off-price retail chains, reported sales up 6% in Q4 2015.

As analysts expect e-commerce sales in the U.S. to continue growing by 10 to 12 percent a year, total e-commerce sales are already at substantial levels as traditional brick-and-mortar retailers have expanded their online efforts.

Online sales only a piece of Walmart vision

With 12 percent revenue growth for fiscal 2016, Global e-Commerce was the top performer among Wal-Mart Stores Inc. divisions. As positive as double-digit sales increases would often be received by businesses, the growth was behind a 23 percent year-over-year revenue bump for online sales reported in the previous fiscal year. In the recently completed fourth quarter, sales were up, but at 8 percent.

Executives, as they have done for several years, maintained their positions that the future of retail and the long-term viability of Wal-Mart, will not depend exclusively on e-commerce. Global e-Commerce CEO Neil Ashe told reporters after the company’s recent fourth-quarter earnings report that Wal-Mart is looking beyond its online performance and not comparing the growth with that of purely online competitors. Via nwaonline.com

That now-infamous overhaul, under then-CEO and former Apple AAPL -1.14% retail guru Ron Johnson, sought to reposition Penney as a flashier retailer with fancier merchandise. But it backfired: Customers fled, sales tumbled by almost a third, and Penney was crippled financially. Three years ago the board brought back Mike Ullman, the CEO it had unceremoniously chased out in favor of Johnson, to stop the U.S.S. Penney from sinking. And last summer he handed the reins to Ellison—an executive the opposite of flashy. Via fortune.com

“With traffic growing and our signature categories leading our growth, Target’s results demonstrate that we are focused on the right strategic priorities,” said Cornell, chairman and CEO of Target. “I want to thank our teams across the company for giving our guests a great holiday season, driving consistent growth throughout the fourth quarter and delivering on the sales and profit goals we laid out at the beginning of the year. While we have made a great deal of progress in 2015, we are excited about the opportunity in front of us to provide a more seamless experience and accelerate profitable growth.”

The retailer said sales in the Style, Baby, Kids and Wellness categories grew more than three times faster than the company average. But the big story in Target’s results was the 34% jump in online sales. Target offered free shipping on all online orders for the holiday season for the second straight year.

“A key takeaway from Target’s Q4 results in our view is the performance of its online business, which grew 34% year-over-year, and will likely lead the ‘brick-and-mortar’ pack on a percentage growth basis for the period,” stated Moody’s lead retail analyst Charlie O’Shea. “As we saw throughout retail this holiday, promotions were impactful overall, with Target’s gross margin feeling the heat as it was down 60 bps year-over-year, however the company was able to more than make up for this drop with solid control of operating expenses. Going forward, we believe Target’s continuing efforts to strengthen its food business will resonate with consumers, and drive increased traffic through more frequent shopping visits.” Via chainstoreage.co

A reason for Target’s success with its small store strategy is its slow store launches. Since opening their first TargetExpress in 2014, the company has only expanded to five stores. A slightly different concept, CityTarget was launched in 2012 and has since expanded into nine stores.

There’s a reason that companies start slowly and open few stores a year to gain momentum: brand recognition and cost control. In Canada, Target felt that it had sufficient brand recognition to open 133 stores in its first year of operations. In hindsight, this was a foolish move that cost the company billions of dollars. By opening a few TargetExpress stores, the retailer was able to fine-tune the different logistics needed to run a smaller store. This strategy is in sharp contrast to Walmart’s experiment where the large number of small stores proved impossible to profitably operate. A slow start also allowed Target to see if its plan to operate tailored Target stores would take off, before it spent the billions needed to regionalize product offerings in each Target nationally. Via investopedia.com

New Barnes & Noble CEO Ron Boire has taken steps to diversify the retailer’s offerings to include toys, games, music and small home goods, with sales rising 12.5% in those categories. Boire has expressed a personal affinity for physical books, and Barnes and Noble’s endurance in the category may be paying off, considering that sales of physical books, particularly paperbacks, are rebounding as e-book prices have risen. Given equal or close prices, physical books appear to win over digital ones.

In fact, it’s been a fairly even swap, according to data from the Association of American Publishers. Overall U.S. e-book sales in the first three quarters of 2015 fell 11.1%, while paperback sales grew 13.3% and hardcover sales fell 6.4%, according to the AAP. Notably, Barnes and Noble and other booksellers still face competition from digital book sales in the form of audiobooks, which saw US sales rise 37.7% in that same period. Via retaildive.com

Costco’s foot-dragging on e-commerce is starting to show

Aside from 2008, it was routine for Costco to see year-over-year sales growth between 7 and 12% at established stores. But this week, it reported lackluster second-quarter earnings: Comparable sales rose by 1% from a year earlier, after three straight quarters of 1% declines. Net income fell 8.7% to $546 million.

Costco, No. 11 in the Internet Retailer 2015 Top 500 Guide, attributed the weakness to lower gas prices (sales excluding fuel fared better) and the strong dollar—30% of its 700 stores are outside the U.S. Ending its co-branded credit card relationship with American Express also stung a bit. Plus, it’s about to absorb an influx of costs as it raises starting wages for the first time in nine years. Via internetretailer.com

Kohl’s announced that it will close 18 underperforming stores this year. It added that sales for all of 2016 could fall slightly from a year ago.

And Sears remains a big hot mess. The company reported earlier this month that it will close at least 50 stores. It’s no secret why. Sales continue to plunge at both its namesake stores as well as at Kmart. Sears reported another quarterly loss. Its cash balance shrank while its inventory levels rose — mainly due to an increase in unsold apparel. These are not good signs. Via wtvr.com

Sears laying off 250 in administrative offices 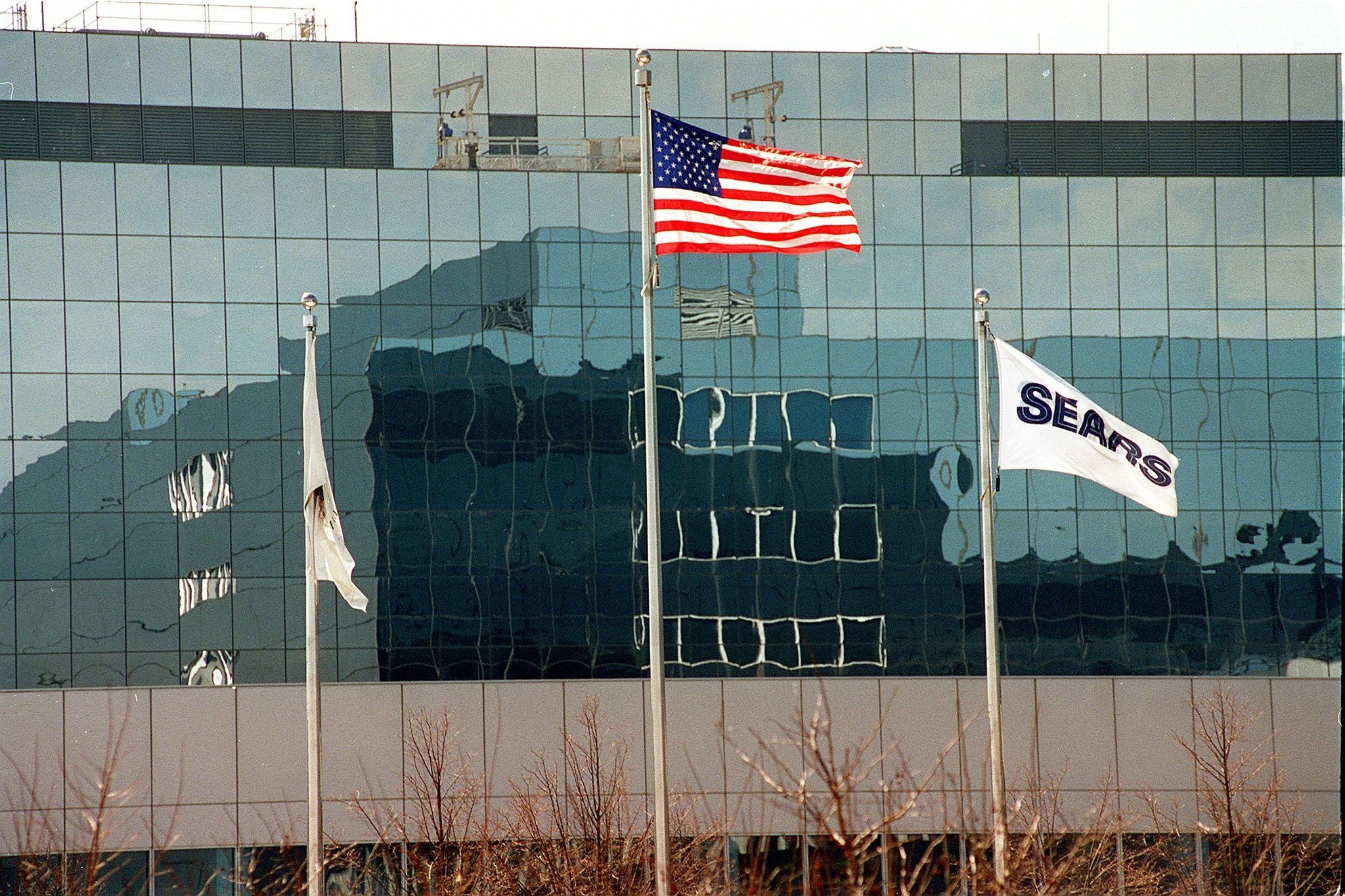 The layoffs at Sears Holdings represent a “mix of positions in various units and roles across the organization,” spokesman Chris Brathwaite told the Tribune. Brathwaite also said 151 open corporate office positions will not be filled. While the company has several administrative outposts, including locations in New York, Seattle and a call center in Troy, Mich., the bulk of the layoffs and the open positions that will not be filled will come from its Hoffman Estates headquarters. Via chicagotribune.com 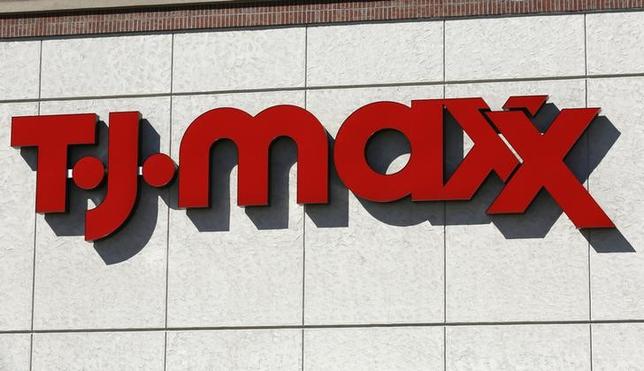 TJX Cos Inc (TJX.N), the owner of T.J. Maxx and Marshalls off-price retail chains, reported higher-than-expected quarterly sales as it attracted more bargain-hungry shoppers in the holiday season. TJX also said that it would buy back about $1.5 billion-$2.0 billion in shares and the company forecast full-year profit largely above analysts’ estimates.

The retailer’s shares rose 1 percent to $73.40 in pre-market trading on Wednesday. TJX, which sells apparel of brands such as Dolce and Gabbana and Juicy Couture at up to 80 percent discount, said sales at its established stores rose 6 percent in the fourth quarter. Via reuters.com

We’ll keep a sharp eye on these retailers during 2016. Check in with us tomorrow as we look at e-commerce results and trends.