It’s Black Friday today, so to help you get the most out of your discount shopping, we look at cashback credit cards in markets around the world and compare their appeal to consumers.

An estimated 2 million UK bank customers switch accounts, some in response to cashback promotions. Chase Freedom® cardholders will get 10% cashback on their holiday shopping on Amazon purchases to the end of the year with a new promotion launched by the NY bank. In the UK, TSB launches a 5% holiday cashback program on Apple Pay purchases. China’s Tencent launches mobile WeChat payment service for foreign transactions. Meanwhile, Baidu and Chinese bank CITIC prepare to launch their new payment service which includes 1% cashback.

Among the big banks, the winners under the seven-day switching scheme so far have been Santander – which offers relatively high rates of interest, plus cashback on spending – and Halifax, which gives customers a joining bonus plus a monthly payment.

Meanwhile, RBS and Barclays have struggled to attract more customers through the scheme. However, they do note that the data on switching numbers do not cover those customers who sign up directly without closing their old account, for instance students setting up their first account, or customers who want to keep both open. Via telegraph.co.uk

Earn 10% Cash Back on Amazon Holiday Spending With Chase Freedom 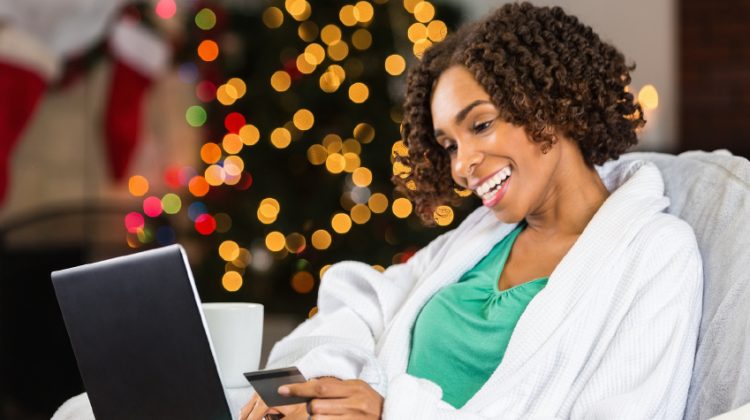 Whether you’re buying socks, a stereo or a new TV, it can be tough to beat the prices and convenience of Amazon. For Chase Freedom® cardholders, shopping at Amazon through the end of 2015 also means getting up to 10% cashback on purchases from Nov. 23 to Dec. 31.

The Chase Freedom® has a 5% reward category that changes each quarter. Bonus-eligible spending has traditionally varied from grocery stores and movie theaters to restaurants, gas stations and a variety of common retail stores. But as an added holiday incentive, Chase is tacking on an additional 5% to existing bonus cashback for a total of 10% on this quarter’s bonus categories from Nov. 23 to Dec. 31. Via nerdwallet.com

Chinese Internet giant Tencent has just announced that it will completely open the mobile payment service offered on its social messaging app WeChat to overseas transactions, making it much easier for outbound Chinese travellers to make purchases or pay bills.

BAT is a common acronym in China’s tech space for a reason. Baidu-Alibaba-Tencent are the three largest firms in the country, and each has its tentacles in a range of products and areas. Now, Baidu has entered the online banking space, becoming the third BAT member to do so this year.

Baidu, best known for its search, mapping and mobile wallet services, has teamed up with Chinese bank CITIC to establish ‘Baixin Bank’. The joint venture is currently awaiting approval for a banking license so there’s no confirmed launch date, but the bank will join other digital offers from Tencent, which launched China’s first private online bank in January, and Alibaba, which saw its MyBank service go online this summer.

There’s a significant differentiator for Baidu, however. That is that the company is working in partnership with an established banking organization — CITIC has some $767 billion in assets — rather than going it alone as Alibaba and Tencent have done. In an early bid to drum up momentum in this tightly contest space, Baidu has announced a one percent cash-back initiative for its Baidu Wallet service. There’s no time limit on the program, which will give users back one percent of all purchases made using its payment service. Via techcrunch.com Today Barclaycard, the payments business of Barclays in the United States, announced the launch of its unlimited cash rewards credit card, the Barclaycard CashForward™ World MasterCard®. With no rotating categories, no quarterly sign-ups and no annual fee, it offers a straightforward, simple approach to earning and redeeming cash rewards. Barclaycard is taking cash back in a new direction – forward – by offering cardmembers unlimited 1.5% cash rewards on every purchase and a 5% redemption bonus to use toward their next redemption every time they redeem….

A year of earning and redeeming with Barclaycard CashForward can easily net cardmembers hundreds of dollars. Assuming average monthly spending of $600 on groceries, $300 on utilities, $300 on gas, $250 on restaurants and $250 on miscellaneous purchases, the typical Barclaycard CashForward cardmember could earn $306 in cash rewards in just one year. Via prnewswire.com

Rewards credit cards come in many flavors, with some offering cash back and others providing miles or points that can be redeemed for travel, gift cards or merchandise. U.S. News spoke to four credit experts to learn which cards they recommend consumers use this holiday season. They say shoppers shouldn’t only worry about which card they select, but to also focus on how to maximize rewards….

Beyond that general advice, McQuay and Steele say it helps if you are swiping the right card for you. Here are their picks for the best rewards cards for holiday shopping, along with those of Bethy Hardeman, chief consumer advocate at Credit Karma, and Jill Gonzalez, credit card analyst for WalletHub.  Via US News.com

There is a dizzying array of rewards cards to choose from, each with different terms and conditions. Consumer Reports sifted through more than 90 rewards programs and came up with the cards that—if you play them right—can give you the most in cash back and free goods and services. Consumer Reports says the trick is to use two different cards for different kinds of purchases. Which two cards are best depends on how much you spend each month and what you spend it on.

For example, for a young couple just starting out, Consumer Reports recommends the BankAmericard Cash Rewards Card and Citicard’s Double Cash. The first gives 3% cash back on every dollar spent on gas and 2% on groceries. Charge $500 in the first 3 months for a $100 bonus. And the Citicard will give you 2% cash back on all other purchases. The combo will net a couple who charges $750 per month about $650 over three years. Via ky3.com

Nationwide has upgraded its Simply Rewards programme to make it easier for credit and debit card holders to earn cashback on their spending. New and existing customers can now access cashback deals of up to 35% automatically when spending with retailers signed up to the scheme.

Customers will receive payouts on anything from their grocery shopping to travel and accommodation with brands including Argos, Emirates, Reebok, Adidas, Harvester and Hilton, Lowcostholidays, All Bar One, Savile Row Company and Anthropologie. Via This is Money

Credit card companies know that earning your business is easier when there are a few promotions to lure you in and keep you interested. Here are some of the latest and greatest (but, as always, these offers won’t stick around forever). Via roadwarriorvoices.com

RuPay set to give Visa, MasterCard a run for their money in India

Visa and Mastercard are going to get a tough rival. RuPay, India’s own payment system floated by National Payment Corporation of India (NPCI), is likely to get a big leg-up with the government’s ambitious financial inclusion set for a launch later this month.

The government has asked public sector banks to issue RuPay debit card for every new bank account and Rs 5,000 overdraft facility under its financial inclusion plan. “We expect our card base will rise from around 24 million to 100 million in the next two years,” said AP Hota, managing director and CEO of NPCI. “However, it is going to be tough challenge to get new account holders use the RuPay credit card, especially in the rural areas.”

“We need to undertake major financial literacy and education to make it a success. In rural areas, people may keep the Rupay card after opening the bank account. We should educate them to use the card,” Hota told The Indian Express. Via indianexpress.com

That’s it for our look at credit card cashback offers. Much more cashback, ecommerce, retail, mobile and VC news when you need it. Subscribe or check daily onsite for daily news you can use.