Cyber Monday set a new US sales record reaching $3.45 billion, up 12.1% compared to 2015. Most popular items sold on Monday? Sony PlayStation and Apple iPad, while at Walmart it was the Samsung 55″ HDTV and Barbie’s Dreamhouse. Amazon sold more than two million toys in the first half of Cyber Monday, a new record. Some analysts were surprised that Black Friday sales of $3.36 billion nearly beat the historically stronger Cyber Monday sales of $3.45 billion.

Walmart, Kohl’s and Target each set new company records for digital sales. Shares of Amazon dipped slightly as the market digested the fact that sales during this year’s holiday season only grew 15% compared to 2015 growth of 18%. Fickle market. Mobile sales were expected to reach 36% of sales compared to 31% last year. Adobe Digital monitors more than 23 billion online sales visits in compiling results and says that the biggest buzz and mentions this year were for eBay, Amazon, Macy’s, Walmart and H&M.

Walmart promoted its Cyber Monday sales with a four-hour live stream broadcast of a quirky QVC-styled online infomercial event featuring corny jokes, caroling, holiday beats and sales online. And repeated on a loop later to the delight of some and horror of others. Guess whose NFL jersey sales numbers rocked Cyber Monday? That’d be Dallas Cowboys’ rookie QB phenom Dak Prescott. What a story!

Black Friday 2016’s reign as the biggest US online sales day ever didn’t last long. Three days to be exact.

That’s because Cyber Monday hit $3.45 billion in online sales, up 12 percent from a year earlier, according to the latest statistics from Adobe Digital Insights. The day edged out Black Friday by roughly $110 million. Jill Stein is already calling for a recount. (OK, not really.)

The fact that Cyber Monday reached a new record is no surprise. It’s done that in plenty of years past. What is a surprise, though, is that Black Friday nearly caught up.

Becky Tasker, managing analyst for Adobe Digital Insights, said retailers started offering discounts later this year — on Thanksgiving morning instead of a few days earlier — resulting in pent-up demand on Black Friday. That fact shows that both retailers and consumers are getting more comfortable with starting holiday shopping a bit later in the season, Tasker said, as online shipping improves and “buy online, pickup in-store” options grow. Via cnet.com

U.S. retailers are killing it just five days into the holiday shopping season, racking up the best Cyber Monday ever.

Consumers spent $3.45 billion online, according to Adobe (ADBE) Digital Insights, a 12% jump from last season. Shoppers surfed for in-demand items such as Sony’s (SNY) Playstation 4 and Apple (AAPL) iPads. They were also hungry for deals on items such as televisions, which are selling at a 21.5% discount, the steepest price cut in cyber land. Walmart (WMT) tells FOXBusiness.com it saw a record number of online visitors seeking popular items including Samsung’s 55′ Smart LED HDTV and Barbie’s Dreamhouse made by Mattel (MAT).

Amazon (AMZN), the world’s largest retailer, said it sold 2 million toys during the first half of Cyber Monday, shattering records for the e-commerce giant. Eager spenders snapped up items including Hasbro’s (HAS) Pie Face Game, the best-selling toy. Via foxbusiness.com

The data compiled by Adobe Digital Insights, easily surpassed earlier estimates, and dismissed fears that strong web sales during the Thanksgiving weekend would hurt sales on Cyber Monday – the busiest day of the year for internet shopping historically.

It also underscored the broader shift to shopping online, which is making up for slower spending in stores. 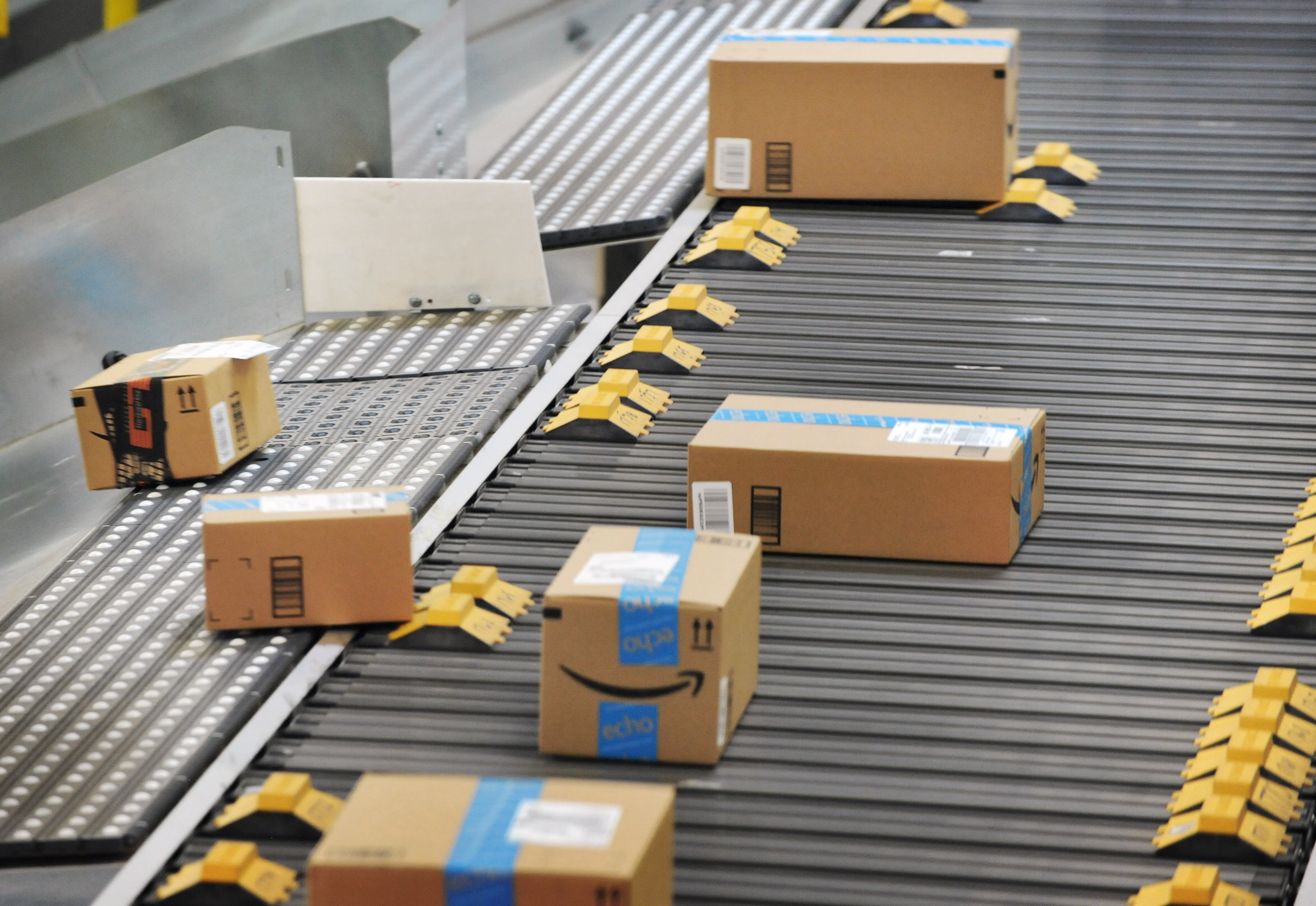 While retailers have deluged customers for days now with a steady stream of holiday shopping promotions, shoppers still came out in droves for Cyber Monday, with early data showing that e-commerce sales for the day were on track to soar 9.4 percent over last year.

As of Monday morning, some $540 million had already been spent online, according to Adobe, whose software runs under many retailers’ websites.

And while Cyber Monday has long reigned supreme as the biggest day of the year for digital shopping, it faced a stiff challenge from Black Friday this time around. Retailers were on track to pull down $3.36 billion online on Monday, which would barely edge out the $3.34 billion spent Friday. Via chicagotribune.com

It’s official: Cyber Monday 2016 was the biggest day in the history of U.S. e-commerce.

Consumers spent $3.45 billion online on Monday, according to Adobe Digital Insights, easily blowing past initial estimates and continuing a strong Thanksgiving-Black Friday weekend when a number of brick-and-mortar retailers, including Walmart, Kohl’s and Target beat company records for digital sales.

The results also laid to rest the idea that spreading out deals earlier in the weekend would hurt Cyber Monday: Walmart started its Cyber Monday (which it now calls Cyber Week) on Friday, while Target offered its deals on Sunday and made them available in stores as well. Via fortune.com

Cyber Monday Was the Biggest Online Sales Day in history

Forget the long lines, fighting for a parking spot and running through the aisles to get the best deals.

“It’s an incredible milestone, but it’s also incredible that Black Friday inched so close to Cyber Monday this year, generating only $110 million less in online sales,” Tamara Gaffney, principal analyst at Adobe Digital Insights said in a statement. “We’ll be watching this closely next year as Black Friday could be the one to top the records.” Via nbcnews.com

Wall Street doesn’t think much of the early numbers for online holiday shopping, as Amazon stock has trended lower since Thanksgiving, from $780 to a recent $766. E-commerce sales growth appears to have decelerated during the three special sale days that analysts track — Thanksgiving, Black Friday and Cyber Monday — according to estimates from Adobe.com and Instinet. For those three days, sales rose 15%, versus 18% last year, they estimate.

But there’s reason to believe that Amazon no longer needs Black Friday and Cyber Monday the way it once did.

Frankly, online shopping isn’t much of a novelty anymore. It’s become so easy that people are increasingly willing to make big purchases on their phones rather than surf on the computer. Mobile sales are expected to make up 36% of early holiday shopping this year, from 31% last year. Via barrons.com

Report: Cyber-Monday was the largest e-commerce day in history

Adobe argues its data are more comprehensive and accurate than any other source. The company said it collects “anonymous data from 23 billion visits to retail websites.” It also tracks “80 percent of all online transactions from the top 100 U.S. retailers.”

According to Adobe, the top retailers receiving mentions and social media buzz yesterday were:

Walmart is doing a Cyber Monday live stream, and I can’t look

Walmart is promoting its Cyber Monday deals today with a QVC-style, four-hour stream. If you missed its live run from 9AM to 1PM ET today, good news! It’s looping all day. Yes, you too can partake in this bizarre collection of corny jokes, caroling, holiday beats, and sales online.

The infomercial-style of hawking products is probably familiar to late-night-TV watchers, but it’s jarring to watch from your work computer. In the cold hard light of day, this level of camp feels forced, or perhaps self-aware as it all unfolds in real-time. The loop features a rotating cast of excitable salespeople promoting everything from tablets to dog food. There are also caroling segments, mini cooking shows, a hunky elf, and a guy I think is supposed to be a TV anchor of sorts for the entire program. Honestly, I’m watching the second loop now, and I’m still just as conflicted as I was the first time.  Via theverge.com

Dak Prescott went from draft pick to starting quarterback to rookie phenom in a matter of months. And if there were any doubts about Prescott’s meteoric rise to NFL fan favorite, Cyber Monday just confirmed it.

Prescott’s No. 4 Dallas Cowboys jersey was the No. 1 selling player jersey on sports retail site Fanatics during Cyber Monday. Not just the No. 1 NFL player, but the No. 1 selling jersey across sports, according to Brandon Williams, Fanatics’ director of public relations.

It’s not hard to believe, considering what the Mississippi State grad has done on the field this season. Via mashable.com

Cyber Monday in the future?

After all was said and done, Cyber Monday retained its title as the biggest sales day of the season. That may not be for long if the trends hold true for next year as Black Friday finished a very close second place in sales. Is it possible that a month-long Cyber November looms at some point in the future?