Our e-commerce news roundup looks at e-commerce growth, Amazon Instant Delivery, Target and Walmart acquisitions, Asia e-commerce and much more. Forrester reports online sales will total 17% of US retail sales by 2022, up from 12% in 2017. Amazon launched “Instant Pickup Points”at five US colleges where products purchased can be picked up instantly from a product locker using a unique access code.

E-commerce in Western Europe will reach 13.7% of retail sales by 2022  according to a Forrester research report. With Softbank’s $4 billion investment in Flipkart, the Indian e-commerce landscape is changing quickly. Analysts expect a pitched battle between Amazon and Flipkart, as well as the possible emergence of a strong third player like Paytm or Alibaba. China’s JD.com is scoping out potential investment or partners in the fast-growing Indonesia e-commerce market.

Forrester predicts that online sales will account for 17% of all US retail sales by 2022, up from a projected 12.7% in 2017, according to Forrester’s new Online Retail Forecast as cited by Digital Commerce 360. The report also expects US online sales to grow 13% YoY in 2017, which is five times faster than projected offline sales growth, and in line with the National Retail Federation’s estimates.

Unsurprisingly, Amazon is expected to be a major driver of this online sales growth. The report states that 83% of US online adults bought something on Amazon in 2016, and 55% of them used Amazon as a research tool before making a purchase.

Brick-and-mortar retailers are caught on the wrong side of the digital shift in retail, with many stuck in a dangerous cycle of falling foot traffic, declining comparable-store sales, and increasing store closures. Over 8,600 retail stores could close this year in the US — more than the previous two years combined, brokerage firm Credit Suisse said in a recent report. Meanwhile, e-commerce pure plays are riding the rise of digital commerce to success — none more so than Amazon, which accounted for 53% of online sales growth in the US last year, according to Slice Intelligence. Via businessinsider.com

Amazon’s latest physical retail foray is called “Instant Pickup,” and it works as the name implies: Amazon shoppers can pick up orders for certain items within two minutes of making their purchase. The program is live at five college campuses including the University of California at Berkeley for now, and will expand to additional sites, including neighborhood spots within cities, by end of year, Reuters reports.

The Instant Pickups fulfills Amazon’s goal of delivering ever-shorter wait times for customers who order via the ecommerce giant’s platform, and the selection at each location covers several hundred items. These include things that are often sold in high volume and quickly on Amazon.com, like phone chargers, snacks and drinks. In other words, the Instant Pickup push is focused on scratching the itch for impulse buyers, which is one area where traditional retail still has had a leg up on Amazon’s online model.

Items purchased via Instant Pickup are picked by Amazon employees on site at the pickup points, then loaded into lockers which are closed with a unique code that the buyer receives to retrieve their goods. Prices could be cheaper than via the website for traditional delivery, and Amazon has also considered automating the Instant Pickup points but did not end up doing that for this rollout. Via techcrunch.com 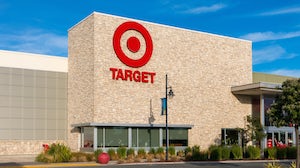 Target Corp., looking to improve its digital business amid increased competition from Amazon.com Inc., agreed to acquire a software company that manages local and same-day deliveries.

The discount chain is buying Grand Junction, a San Francisco-based startup that links retailers and other distributors to a network of more than 700 carriers across North America. Grand Junction currently handles the same-day delivery service for Target’s store in Manhattan’s Tribeca neighbourhood.

The deal is part of a broader overhaul of logistics operations at Minneapolis-based Target. The company aims to enhance the efficiency and profitability of a web business that has suffered setbacks in recent years, including a data breach, website outages and the departure of digital chief Jason Goldberger in 2016. Though Target’s online sales rose 22 percent in its most recently reported quarter, that was well behind Walmart Stores Inc.’s 63 percent growth.

“Speed matters,” Arthur Valdez, Target’s chief supply chain and logistics officer, said in an interview. “Grand Junction’s platform, along with our 1,800 stores, allows for speed to the guest that can be very competitive.” Via businessoffashion.com

Birchbox has held acquisition talks with several retailers, including Walmart

One potential acquirer who has spoken with the beauty subscription startup is Walmart, these people said, with conversations taking place between Walmart’s U.S. e-commerce chief Marc Lore and Birchbox co-founder and CEO Katia Beauchamp.

It’s not clear how far along any of the talks are or whether they will result in a deal. Walmart has been on an acquisition tear under Lore, snatching up digital-first retailers like Bonobos and ModCloth, and continues to meet with other startups in the space. Birchbox and Walmart declined to comment. Via recode.net

Glossybox, a BirchBox clone launched by the Samwer brothers back in 2011 to deliver willing consumers a monthly subscription of beauty products, has been acquired by UK online retailer and ecommerce platform operator, The Hut Group (THG). Terms of the deal have not been disclosed.

Glossybox had raised $72 million from four investors over its six-year or so run, according to Crunchbase. Its majority shareholders were Rocket Internet and Kinnevik Online.

Coveting That Canvas Bag? This Visual Search Tool Will Find It for You

Visual search is nothing new these days, but its application in the fashion industry may be one of its most useful manifestations. And jumping on the bandwagon is British e-commerce giant Asos, which has rolled out a new visual search tool that lets you find your next statement piece with your smartphone camera. After all, if imitation is the sincerest form of flattery, then taking a photo of your friend’s shoes and then uploading it to Asos’ app and buying a pair for yourself is paying your friend a serious compliment.

Perhaps the most impressive thing about this new visual search tool is the sheer amount of inventory it can comb through to find you a matching handbag, blouse, or pair of pants. Given that Asos has around 85,000 products on its online store, and adds about 5,000 every week, it certainly comes as a relief that you can now find what you’re looking for simply by snapping a photo — either in the wild or via a screenshot online — and uploading it through the app.

Previously, in order to find an article of clothing or accessory on the site, users had to scroll through thousands of products, searching either by category or keyword. But now, the company has updated its iOS app to make it possible for you to perform an image-based search for similar items. Via digitaltrends.com

This is the forecast of Forrester, which predicts that ecommerce in Western Europe will grow at an average of 11.3 percent per year over the next five years. The fastest online sales growth in this region can be found in Italy and Spain, the research agency expects.

According to Forrester’s predictions, 20 percent non-grocery retail sales will be online by 2022. With groceries included, 13.9 percent will be online. That’s because Forrester thinks that over five years, only 4.4 percent of grocery sales will happen online. Eand-commerce will have a bigger impact in other product categories, such as music, video and DVD, computers, tickets, books, software, video games and toys. In these categories, over half of sales will come from online stores. Via ecommercenews.eu

Indian e-commerce set to open up a new war front

The events of the past few weeks could redefine e-commerce in India. While SoftBank led a record $4 billion round of investment in Flipkart, homegrown rival Snapdeal, which had once posed significant challenge and spurned its buyout offer, chose to be a much smaller operation with just a few hundred staffers.

Now the stage for the near-term seems to be set for a two-horse race between Flipkart and Amazon, but the debate around the market dynamics only throws up a fresh set of questions.

Will we see the emergence of a third player, say, in Alibaba-backed Paytm? Or will it join the grand alliance in the fight against Amazon and decide to back Flipkart? Is there also a possibility of cash-rich Indian corporate houses, such as the Tatas and the Ambanis, making deeper inroads into the ecommerce space? Via vccircle.com

“While the SoftBank investment gives them (Flipkart) the money to continue the battle in India, I hope they use it better than they have done so far. The key thing is to use the money to create reasons why a customer should shop at Flipkart instead of Amazon which, so far, they have failed at completely despite raising billions of dollars. Otherwise, they will be back to square one when this money runs out.” These sentiments were shown by K Vaitheeswaran on the sidelines of SoftBank’s investment in the ecommerce player earlier this week.

Vaitheeswaran, who founded Indiaplaza (first ecommerce platform of India and authored the book Failing to Succeed on it), further added, “They are not going to beat Amazon by raising more money but by delivering customers a superior shopping experience. And that is not a function of billions of dollars.” Earlier last week, SoftBank founder, Masayoshi Son, had stated that the Tokyo-headquartered conglomerate is currently “engaged” with homegrown ecommerce firm Flipkart. The comment came in the aftermath of the falling out of the merger deal between Flipkart and Snapdeal.

And within a week, SoftBank demonstrated its seriousness towards the engagement by investing in Flipkart from its Vision Fund. As per a company statement, the round is a mix of primary and secondary capital from the SoftBank Vision Fund. The exact details on the amount of investment by SoftBank remain undisclosed now. However, Flipkart will have in excess of $4 Bn of cash reserve on its balance sheet, as claimed by the company, post the investment. This puts the deal amount somewhere between $2 Bn – $2.5 Bn. Via inc42.com

With its talks with PT Tokopedia seemingly having reached a dead-end, China’s JD.com is now exploring new partnerships with niche e-commerce players in Indonesia, according to two people aware of the development. The Chinese e-commerce giant is also open to making an equity investment in the archipelago’s niche players, the people cited above said.

Indonesia’s niche e-commerce players stand in stark contrast to their larger, cash richer mass retail counterparts. Prominent names among these smaller, specialised e-commerce players include online furniture marketplace Fabelio, which this portal earlier reported is in talks with potential investors for a Series B round that could see it raise over $5 million.

Another well-known player is Laku6, a used phone e-commerce site that had in 2015 raised an undisclosed amount of seed funding in a round led by Singapore-based Golden Gate Ventures. JD.com is learnt to be interested in partnering with Laku6 although that relationship may not be an equity based one. Via dealstreetasia.com