Investor SoftBank considers a sale of Snapdeal to e-commerce market leader Flipkart in a deal that could be worth more than $1 billion and give it 20% of the new entity. YourStory profiled three smaller Indian recycled product designers to see how e-commerce impacts their business with the biggest challenge being discovered online. Philippines’ homegrown e-commerce is lagging sellers of big international brands but World Bank projects 34% annual growth to reach $19 billion by 2025.

The movers and shakers of Southeast Asia e-commerce

Who are the movers and shakers in Southeast Asia e-commerce? In this infographic, Metisa compared a few of them across Indonesia, Philippines, Thailand, Vietnam, Malaysia, and Singapore in terms of traffic, engagement metrics, and major customer acquisition and retention channels.

The goal was to compare these players in a transparent, independent, and neutral manner and see what observations could be drawn. This analysis is based on traffic for the month of February 2017.

The traffic data you will see is sourced from a third-party, independent source called SimilarWeb. They combine several sources of data including local internet service providers, monitored devices, web crawlers, and direct measurement sources to come up with estimates of traffic data, time on site, bounce rate, and other metrics. Via techinasia.com As per a company statement the latest investment was done at a post-transaction valuation of $11.6 Bn. Sachin Bansal and Binny Bansal, founders of Flipkart said, “This is a landmark deal for Flipkart and for India as it endorses our tech prowess, our innovative mindset and the potential we have to disrupt traditional markets.”

This is the largest funding round in the 10-year history of the e-commerce marketplace and marks the biggest investment to date in the Indian internet sector. Via inc42.com 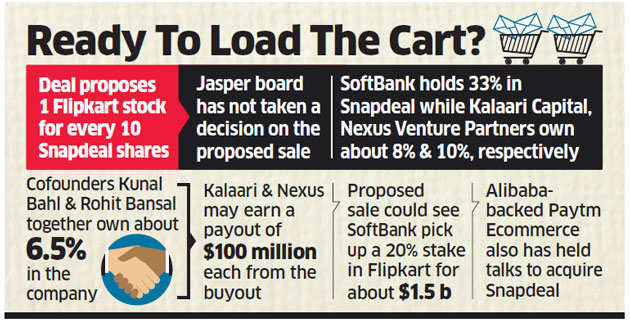 SoftBank, the largest shareholder in Snapdeal, held boardroom discussions on the proposed sale of the online marketplace to rival Flipkart on Tuesday according to two people aware of people aware of the development.

According to the terms proposed by the Japanese media and telecom conglomerate, Snapdeal shareholders will get one share of the country’s largest e-commerce company for every ten they own according to the people cited above.

Early investors in Snapdeal – Kalaari Capital and Nexus Venture Partners – have also asked for about $100 million each from the sale, the sources said. The proposed sale could see SoftBank pick up a 20% stake in India’s largest commerce company for about $1.5 billion, in the process buying out $500 million to $1 billion worth of Tiger Global’s holding in Flipkart, according to two people aware of the matter. Via economictimes.indiatimes.com

In China, there are over 1,000 so-called ‘Taobao Villages’. These are rural communities that are overcoming poverty by selling everything from eggs to toys on Alibaba’s consumer-to-consumer e-tail subsidiary, Taobao. The ‘Taobao Villages’ are a sure sign of the highly positive impact of e-commerce in China.

China has arguably had a head start over India in e-commerce — Alibaba was founded in 1999, while Flipkart was launched 10 years ago in October 2007. China’s e-commerce sales were almost $900 billion in 2016. The e-commerce industry in India was at around $32 billion last year. While the Indian e-commerce market might pale in comparison with China’s, it is not small by any standards and online trade has created ripples even in small towns of our country. So while the Indian equivalent of ‘Taobao Villages’ might still be far away, it is time we started looking at the real impact of e-commerce in India beyond GMVs and other metrics thrown at us by e-commerce firms.

YourStory decided to look at small manufacturers who are not located in the metros. We did not want to look at resellers who retail goods of brands in large numbers or at the large factory owners who churn out thousands of products. We instead spoke with three designer-producers, who are all involved in creating upcycled products primarily by hand, to see if e-commerce has really had an impact on them. Via yourstory.com

According to Philstar, many Filipinos shop online, so the market is there. However, they do so on non-Filipino sites, mostly because only “1 percent [of local businesses are] currently online or have a website with a payment gateway facility.”

The country’s Department of Tourism and Industry (DTI) and Department of Information and Communications Technology have spearheaded efforts to rectify the slow adoption of local ecommerce platforms in the country. They project that ecommerce will have a 25 percent contribution to the country’s GDP in three short years. In the meantime, Filipinos still look for foreign-owned sites to satisfy their online shopping needs.

The hilly road ahead
According to a study by Google and Temasek, ecommerce in the country is projected to grow 34 percent annually within the next decade and is set to reach US$19 billion by 2025. But according to the World Bank, the Philippine economy is growing more than initially expected, so those figures may even be conservative. Via techinasia.com 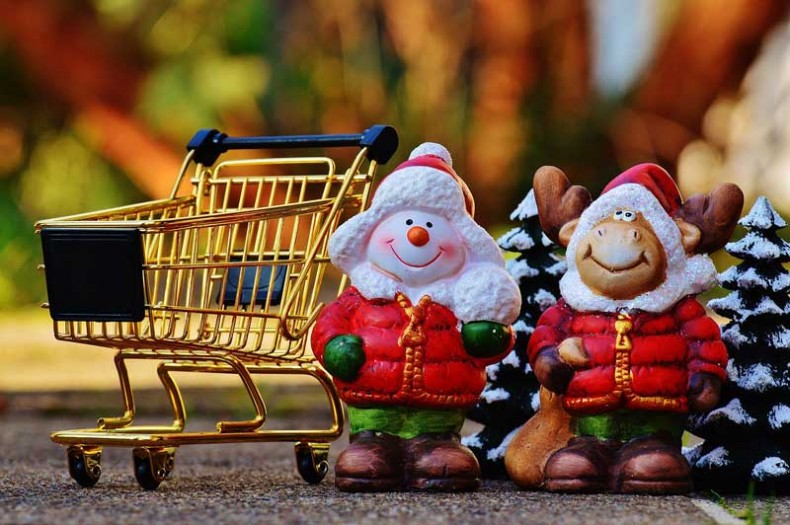 According to The World Bank, the number of people using internet in Pakistan has increased from 6.8% to 18% during 2007 to 2015. The number of people using internet in India increased from 3.95 % to 26% during the same period. Despite the fact that these countries have one of the lowest internet penetration rates, still, we can see many online kiosks popping each year. As a result, we can observe the transforming B2C delivery cycle. Manufacturers/Traders that were once exclusively dependent on local retail outlets are now adding a new channel in their distribution network. Let’s start by examining some key happenings.

Online Banking: Over the past five years, e-banking transactions have increased significantly. According to SBP, it is estimated that the number of users using internet banking has reached to over 1.8 million. During the year 2012, only 23 banks were providing real-time online banking facility to the account holders against 41 banks nationwide. In 2016 the online banking facilities were extended to 34 banks. The volume of e-banking transactions has increased by 100% from 235 million to about 470 million over the last five years while the value of e-banking transactions has surged 62% from Rs22.1 trillion in 2010-11 to Rs35.8 trillion in 2014-15.  Via techjuice.pk

Employees in the e-commerce sector are clear winners this appraisal season, according to a survey by consulting firm KPMG.

The sector reported the highest salary increment at 12.5% and the highest voluntary attrition rate of 20.4%, revealed the KPMG Annual Compensation Trends Survey released on Monday.

The e-commerce sector is reorganising its top talent amid rapid change, a funding slowdown and consolidation. Over the next two to three quarters, the sector’s leadership focus will turn towards ways of better connecting with customers, said Venkat Shastry, partner in charge at Heidrick & Struggles, an executive search firm. Via livemint.com

Over the years, I’ve greatly admired how quickly, and in many cases how differently, the Chinese digital ecosystem has grown. So differently that we often feel we can’t learn much from China because the major global (social & messenger) platforms do not exist in China (yet). It is easy to default to viewing China as unique digital ecosystem unto its self and in most ways it is. However, e-commerce is one area we should pay strong attention to as a potential crystal ball of trends that could extend to the rest of APAC.

To understand the future of e-commerce we should look east, not west. In 2015, China already overtook the USA to become the largest e-commerce market in the world based on value and is on track to be worth US$840 billion in 2021, almost double the estimated size of the US e-commerce sales in the same period (US$485 billion), demonstrating that the e-commerce growth rate in China exceeds the USA’s rate by about 4 times. This type of velocity makes China the market to watch and learn from when it comes to e-commerce trends.

Here are 8 trends to watch out for. Via marketing-interactive.com

China’s ecommerce is creating a buzz

Mintel revealed in a recent blog how “online shopping for imported products lacks the excitement of shopping when travelling overseas”, so we asked Matthew Crabbe, Director of Research, Asia-Pacific at Mintel, how companies can get Chinese consumers on-brand.

Immersive culture
Brands are having to come up with new and ingenious ways to fully understand the Chinese market, have a strong presence and entice consumers away from competitors while instead, remaining loyal to them and their products. Primarily, Chinese consumers opt for overseas brands that they associate with and engage fully via virtual or physical promotions. Via cosmeticsdesign-asia.com

Malaysia is turning up the emphasis on e-commerce in its efforts to establish itself as a global hub for halal products.

The Southeast Asian country expects exports of halal products, both food and non-food items, to exceed 50 billion ringgit ($11 billion) annually by 2020, up from 39.3 billion ringgit in 2016.

Malaysia has identified the halal industry as a major economic growth engine. In 2015, it contributed 7.5% to gross national product. The target for 2020 is 8.7%. Via asia.nikkei.com