Today we’re looking at global online payment news, trends and new product highlights worth following if you are in e-commerce, retail marketing. VC SparkLabs Global’s Bernard Moon says watch for future financial technology disruption in cyber currency, business and consumer finance. VCs are starting to take notice of the financial tech industry with 2015 investments of more than $22.3 billion. If you thought Bitcoin was a disruptor, watch out for the impact of blockchain technology according to a story in Wired.  According to a new report by BI Intelligence, new players like Ripple will bring new products into the financial sector.

195.3 million mobile users in China will make “proximity” mobile payments this year, up 45% from last year, according to eMarketer and will reach more than 50% adoption by 2020. PayPal is poised to take advantage of industry disruption and get back on top in the world of digital financial payments. Walmart Canada will stop accepting Visa payments in July due to what it calls unacceptably high merchant fees. In Thailand, Facebook is testing an online payments system with fintech partner 2C2P.

Fintech is playing the long game

Our team has been actively investing in fintech for the past two years. In addition to reading pitches from hundreds of companies and meeting with dozens, half of our team has worked in the finance sector in previous careers. SparkLabs Global has invested in 13 fintech companies from the U.S., U.K. and Sweden, and we were the only follow-on fund for the inaugural cohort of the Barclays Accelerator program.

With this accumulated knowledge, we decided to create an easy to read overview for others to get up to speed on how innovation and technology will disrupt the financial sector. Here is our full report; the following is a summary of what we’ve learned so far.

There has been a flurry of activity over the past several years. From startups to established technology ventures such as Alibaba and PayPal, companies are working to disrupt and capture market share from traditional financial institutions — which are truly giants compared with the upstarts of today. In China, and Asia in general, mobile payment penetration is ahead of the rest of the world. The third-party mobile payment market in China increased 69.7 percent in 2015, to $1.5 trillion by GMV, with Alipay (Alibaba) capturing 68.4 percent of the market, followed by Tenpay’s (Tencent) 20.6 percent. Via techcrunch.com

Exponential Finance 2016: How Tech Is Transforming Finance as We Know It

Just after the US financial crisis in the late 2000s, the finance industry began spotting some unlikely new tools and platforms making their début. In 2009, Bitcoin was released and crowdfunding pioneer Kickstarter was launched.

These former outliers are now only a few of the many forces that are reshaping the finance industry. As they handle growing sums of capital, they’re also gaining significant attention from banking and venture capital investors. In 2010, $1.8 billion was invested in fintech. In 2015, the total was $22.3 billion.

Startups are using the internet and devices to circumvent traditional practices with peer-to-peer payments, banking, investment, and loans. Smart software is beginning to offer financial advice, while blockchain promises to automatically secure and authenticate transactions involving cash, assets, even legal documents. Via singularityhub.com

Beyond bitcoin. Your life is destined for the blockchain

A 2016 report by the UK government’s chief scientific advisers claimed the technology had the potential to help governments collect taxes, deliver benefits, issue passports, record land registries and “in general ensure the integrity of government records and services”. And now banks, the intended victims of the blockchain revolution, are asking firms such as R3 to create private, closed ledgers that borrow some elements of the technology to streamline inter-bank cross-border transfers.

The growing interest in blockchain has morphed its concept into something new. Before, the blockchain was simply the spine of the bitcoin network, but today the technology is being used on a burgeoning list of distributed ledgers with varying degrees of openness, security and complexity. Via wired.co.uk

Blockchain technology is becoming increasingly important, but that doesn’t make it easy to use or understand. And now one company is trying to change that. Ripple, a blockchain cross-border transfer and currency exchange firm, has partnered with fintech firm Expertus to begin a blockchain pilot program, according to Finextra.

Blockchain technology, which powers Bitcoin and other cryptocurrencies, depends on a distributed ledger that allows stakeholders to verify transactions without an intermediary.

This pilot program will give banks a simple and intuitive way to test blockchain technology. Banks can integrate the platform, which uses Expertus’ Payment Platform and Ripple’s technology, into their existing infrastructure. The banks would then benefit from “real-time payment execution, complete transparency into fees, and lower costs,” according to Finance Magnates. Via businessinsider.com

How PayPal Plans to Get Back on Top in Digital Payments

On April 14, the company announced its plan to let Skype go. But even as the news went out, Donahoe was having second thoughts about PayPal. Apple had just disclosed that its App Store had crossed the 1-billion-download mark. And thanks to the soaring popularity of the iPhone, tech executives were urgently pondering the potential of the smartphone as a tool for commerce. PayPal, meanwhile, was the world’s only major digital-payment brand; it already had 70 million users, and payment volume was growing 20% annually.

The more Donahoe pondered, the more foolish a spin-off seemed. “Mobile was exploding,” he recalls, and “there were obvious synergies between eBay and PayPal.” Canvassing board members, he found that their feet were as cold as his. Sentiment turned to action: In July, at a retreat at the Rosewood Sand Hill, the resort in Menlo Park, Calif., where Silicon Valley’s elite swap gossip over Cobb salad, the board rescinded its decision on PayPal, choosing long-term potential over a short-term fix.

That potential went unfulfilled. The spin-off that wasn’t has never been reported until now. But in hindsight, the decision cost PayPal six years of freedom and changed the history of the digital-payment industry. Insiders and analysts agree that eBay never took sufficient advantage of ­PayPal’s “first mover” status by branching out or innovating; instead, it lost valuable time while rivals established themselves. That delay cost PayPal a chance to dominate the digital side of the $900 billion payment-processing industry the way that Facebook dominates social media and Google dominates search. Keith Rabois, an early PayPal em­ployee who’s now a venture capitalist, puts it succinctly. The eBay years, he says, were PayPal’s “lost decade.” Via fortune.com 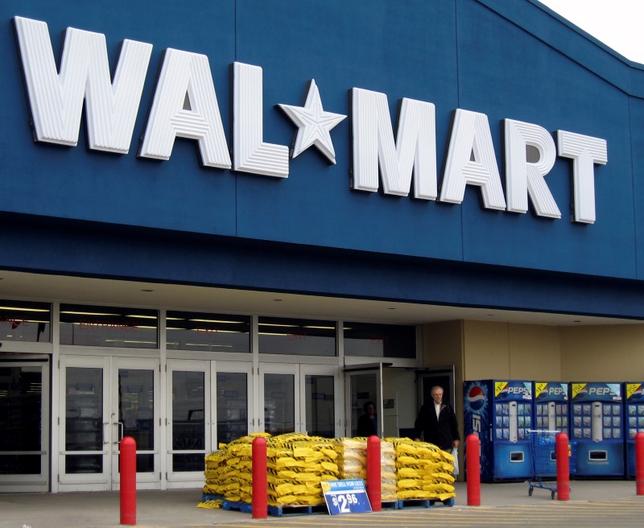 Walmart has been unable to agree with Visa on an “acceptable fee” and will no longer accept the company’s credit cards starting July 18, it said in a statement. The company added it still hoped to reach an agreement with Visa. The decision will not affect the U.S. stores of parent Wal-Mart Stores Inc (WMT.N).

“Walmart made this business decision despite Visa offering one of the lowest rates available to any merchant in the country,” a Visa spokeswoman said in a statement. “We are disappointed that Walmart chose to put their own financial interests ahead of their own consumers’ choice.” Via reuters.com

Facebook is expanding its focus on payments with a new trial in Southeast Asia that allows users to pay for products listed on Facebook Pages with just a few clicks.

The social network is running a trial in Thailand which allows users to make a payment to a Page owner without leaving the social network. Qwik, a product powered by Southeast Asia-based fintech company 2C2P, which raised a $7 million Series C last year, allows users to make payment via a credit card, debit card or bank transfer online, according to numerous sources with knowledge of the trial. Via techcrunch.com

After months of pre-announcements, Samsung Pay has finally cemented a launch date for Singapore, its first market in Southeast Asia. The mobile payment service will debut there on June 16 for people who have a Samsung Galaxy smartphone.

Samsung Pay has rolled out in South Korea, the United States, China, and Spain so far. In Singapore, it will be available for Visa, MasterCard, and American Express card holders, as well as customers at banks including Citibank, DBS, POSB, OCBC, and Standard Chartered

Rivals Apple Pay and Android Pay are already available in Singapore, one of Asia’s most important financial and business hubs. As in most other markets, Samsung Pay’s main advantage is that it can be used at almost all existing payment terminals. Unlike Apple Pay and Android Pay, which only work at contactless terminals, Samsung Pay has a technology called magnetic secure transmission (MST) which mimics the magnetic strip on bank cards and can therefore be used almost anywhere that cards are accepted. Via techcrunch.com

Finland-based mobile payment app Tapp Commerce has raised $9 million to expand its operations in Southeast Asia for users without a bank account or credit card.

Headquartered in the Finnish city of Turku, with product development in Helsinki and offices around Asia, Tapp’s Series A round was raised from Australia-based Amma Private Equity — an early-stage investment network — and brings the total amount invested in the company to $12.9 million. Via techcrunch.com

While mobile payment systems like Apple Pay and Samsung Pay are growing, they haven’t lived up to the hype that surrounded their arrival in 2014.

But newer biometrics security technologies beyond the use of fingerprint scans could boost adoption rates when purchases are made in-store with smartphones. Those technologies include palm vein sensors or even sensors that assess a person’s typing patterns or movements.

For online purchases, iris scans could help authenticate buyers. And while SMS (Short Messaging Service) is an option, banks want greater security when using SMS payments. That’s where a multimodal approach — integrating facial, voice and behavorial scans into what’s required for a purchase — might help. Via computerworld.com

That wraps up our look at the newest developments in mobile payments. Check our Cashback Industry News archives for other Mobile commerce news, trends and industry developments. Tomorrow, we’ve got a retail news roundup worth reading.