July 4th, 2022
Trending Now
Home
Retail
Is there a retail recovery around the corner?

Retailers in developed countries have been pummeled and disrupted and, with only a few exceptions, that seems likely to continue in the near-term. Our retail news roundup offers a reality check for bricks and mortar stores and some optimism on the horizon for retail innovators.

The list of US retail store closures keeps growing as GameStop announced plans to close at least 150 of 7,500 worldwide retail stores. The Sears deathwatch continues as its shares dropped 12% to below $8 and analysts reported bare shelves and low inventory in many stores as suppliers reduce shipments and risk. Fashion retailer Bebe plans to close 170 bricks and mortar stores and build a turnaround based on e-commerce similar to the strategy by Kenneth Cole.

Costco Wholesale is experimenting with consumer grocery home delivery service in the Tampa, Fla area in partnership with delivery company Shipt. Walmart launched a retail store incubator led by Jet.com CEO Marc Lore with plans to encourage radical new retail models and strategies. This follows similar incubators created by Target and Accenture. At Shoptalk, Lore also talked about why he sold Jet.com to Walmart. At $40-60 million, was online fashion retailer Modcloth a good fit for Walmart? Analysts have mixed opinions.

Retailers will also have to contend with ongoing disruption from the next wave of digital technologies and will need to prioritize investment in the technologies that will really add value for their customers or increase the efficiency of their operations. Retail has been through a period of unprecedented upheaval in the last 10 years, however in 2017 retailers will need to focus on accelerating change in their businesses.

Nike Chief Executive Mark Parker said the US retail landscape is “not in a steady state” as consumers spend more online and make fewer visits to brick-and-mortar stores. That behavioral shift has resulted in hundreds of store closures and higher promotions, putting pressure on major retailers and apparel and footwear makers like Nike that depend on them for sales.

“The important thing to point out is that these changes are being driven by the consumer,” Parker told analysts during Nike’s (NKE, -0.76%) quarterly earnings presentation on Tuesday. “Consumer demand remains strong but expectations remain high in terms of product, the innovation, and the style. They want it fast, easy and [they want] personal service.”

Nike reported a slim 3% increase in sales in North America for the fiscal third quarter, results that include revenue booked for much of the key holiday shopping season. While the overall retail industry enjoyed a strong holiday season for 2016, online sales generated much of the growth. Many physical store retailers lamented that promotions were very high for the season—comments that Nike executives echoed on Tuesday. Via fortune.com

Shares of GameStop slid more than 12% in afternoon trading Friday after the video game retailer reported a drop in fourth-quarter sales and announced plans to close at least 150 of its 7,500 stores worldwide.

GameStop faces increased competition from retailers such as Amazon, Best Buy and Walmart while more players purchase games digitally — whether on traditional gaming consoles or on their smartphones or tablets.

GameStop’s struggles were illustrated by a 13.6% drop in global sales, to $3.05 billion, from a year ago. GameStop blamed weak sales of certain blockbuster video games released during the critical holiday season and “aggressive console promotions” by other retailers. Via usatoday.com

Concerns that Sears is headed toward bankruptcy have been reignited. The company’s shares closed Wednesday down more than 12 percent, falling below $8, after the struggling department store expressed doubt about its future as a retailer.

Sears has closed stores, sold off assets like its Craftsman brand and borrowed money from CEO Eddie Lampert to survive. The cash injections from Lampert’s hedge fund, ESL Investments, and his heavy ownership of the chain’s unsecured debt had convinced some investors that it would avoid filing Chapter 11.

Sears revenue fell 12 percent last year, to $22.1 billion. Its sales have tumbled 44 percent since 2012, when the company generated $39.9 billion in revenue. And despite Sears reporting a narrower loss in the fiscal fourth quarter than a year earlier, it lost an adjusted $1.28 per share. Via cnbc.com

Bebe said to be closing stores in brick-and-mortar retreat 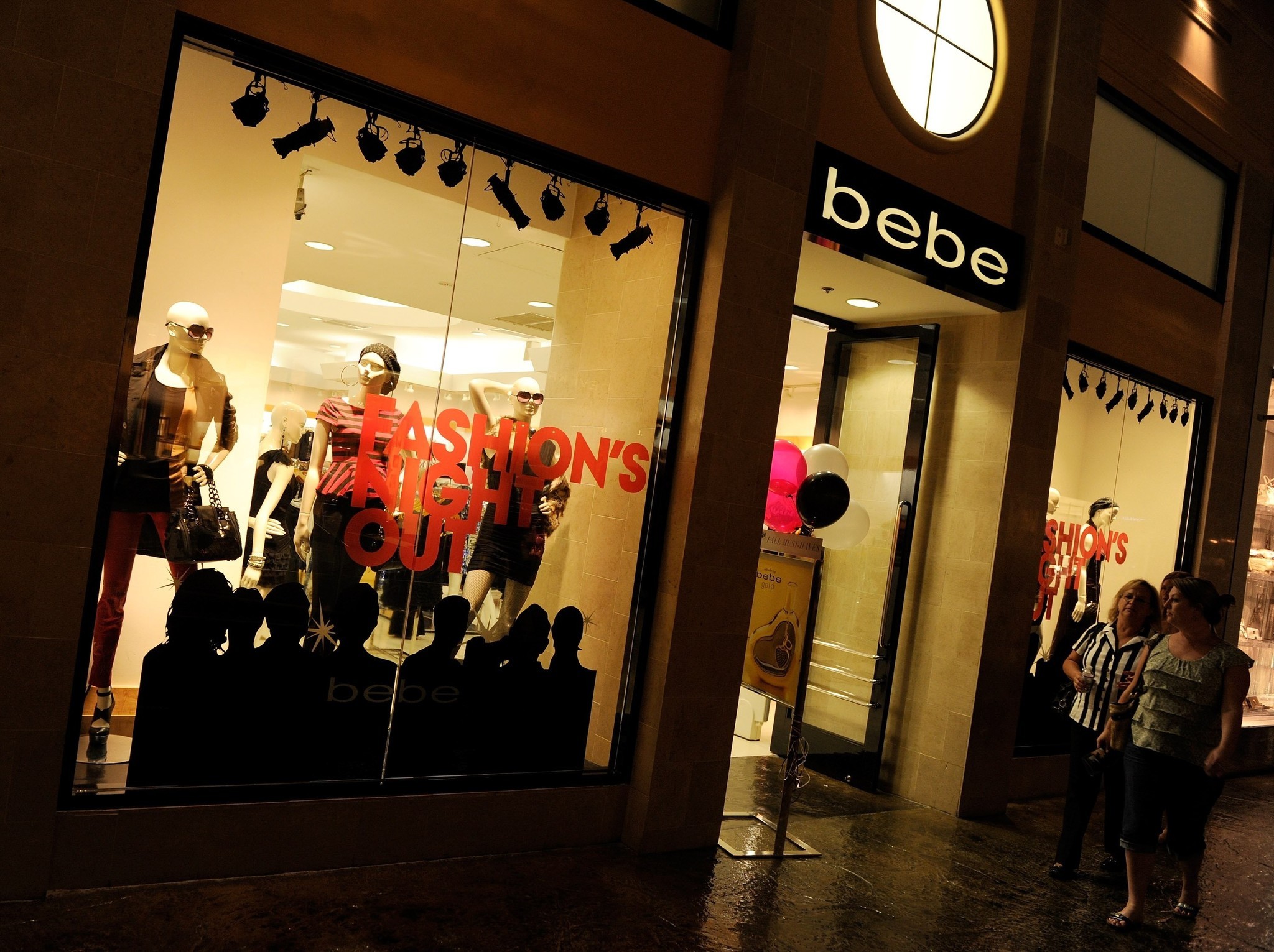 Bebe Stores Inc., a women’s apparel chain with locations across the US, is planning to shut its stores and seek a turnaround as an online brand, according to people familiar with the situation.

The company is trying to close the locations without filing for bankruptcy, said the people, who asked not to be identified because the efforts aren’t public. However, Chapter 11 may be required if enough landlords aren’t willing to negotiate, they said. The company, known for selling trendy going-out apparel to young women, has been operating about 170 boutique and outlet stores.

Bebe would become the latest retailer to shed brick-and-mortar stores and hitch its fortunes to e-commerce. Kenneth Cole Productions said in November that it would close almost all of its locations, concentrating instead on its online, international and wholesale businesses. A consumer shift to the internet has contributed to several retail bankruptcies this year, including those of HHGregg Inc., Gordmans Stores Inc. and RadioShack. Via chicagotribune.com

Ever heard of Shake Shack or Sweetgreen? Chances are the answer is yes. These popular restaurants are just two that have been featured in past editions of Fishbowl’s annual list of emerging brands. And both continue on a red-hot growth trajectory.

A new report by the New York Times details an array of initiatives by Amazon to expand its footprint in brick-and-mortar retail. The stores would mostly feature products, such as groceries and appliances, that have proven persistently difficult to sell online.

Amazon is already moving forward on groceries in particular, and will soon open two Seattle outlets where shoppers can pick up orders made through AmazonFresh online. It aims to open up to five more of these pickup locations across the U.S. by next year. They could be a boost to the grocery delivery service, which sources told the Times has struggled to make a profit.

Another idea making the rounds is a larger Amazon grocery store in which shoppers could browse fresh produce and meat, while packaged goods could be assembled into orders by workers in an attached warehouse. The Times’ sources disagreed on whether that concept was still under development. Via fortune.com

Lowe’s innovates because it has to

At last week’s Shoptalk conference, Kyle Nel, the executive director of Lowe’s Innovation Labs, detailed why innovation is so important for retailers, primarily because the current pace of change is exponential. And yet, survival on incremental technological change alone may be impossible.

Mr. Nel said that when a new and different technology comes out (speaking not just of Lowe’s), it inevitably disappoints, investment falls off, but then a core group continues to work on it. At that point, it’s hard to figure out exactly what to work on during the “deceptive disappointment” phase, before the new and different tech comes back to market in a better form and more successfully.

For Lowe’s, it’s about helping people love where they live and seeding the future. So, Lowe’s does live testing with consumers based on neuroscience to see what is “in flow,” or intuitive for consumers, and what is not in flow, meaning difficult and frustrating. Mr. Nel says humans are obsessed with stories as a way of digesting disruptive information, so Lowe’s actually provides ideas to sci-fi writers to spark narrative-driven innovation. And the innovation lab execs read comic books to help understand storytelling. Via retailwire.com

Costco is ramping up its home grocery delivery efforts by teaming up with a third-party service.

Shipt, an online grocery delivery service, said Tuesday that it was adding Costco to its delivery service in the Tampa metro area. The service is available to consumers using the Shipt app.

Up to now, Costco has focused on delivery to businesses, said Zachary Fadem, a Wells Fargo analyst covering the grocery segment. He said the Shipt service represents part of Costco’s “experimentation” in the home grocery delivery market. Via cnbc.com

Marc Lore, the president and CEO of Wal-Mart’s U.S. e-commerce unit, announced the incubator — dubbed Store No. 8 in honor of an early Wal-Mart location home to some of founder Sam Walton’s most ambitious experiments — during a keynote appearance here at the Shoptalk 2017 conference. Lore stated the incubator will help build “startups that have a responsibility to change the course of retail,” not just in the immediate future but five and 10 years down the road.

Startup incubators are becoming increasingly commonplace across the retail landscape. Wal-Mart rival Target in 2016 partnered with incubator Techstars for its Techstars Retail program, with a sequel now in the works. In February, Target also began accepting applications and nominations for a new accelerator dedicated to wellness-focused retail businesses. And earlier this month, the Retail Industry Leaders Association and professional services company Accenture teamed up to launch the (R)Tech Center for Innovation, an initiative that aims to bridge the gap between retailers and startups as well as provide guidance for how retailers can drive technology innovation. Via retaildive.com

Marc Lore Discusses Why He Sold Jet.com to Wal-Mart

Many in the retail industry were surprised when online startup Jet.com, billed as a potential competitor to Amazon.com for e-commerce supremacy, was sold to Wal-Mart last August for $3.3 billion. The pairing of a cutting-edge digital brand like Jet and a legacy brick-and-mortar retailer like Wal-Mart didn’t seem to be the perfect match. Yet seven months later, the acquisition appears to be working as intended, with Jet operating as a separate entity under the Wal-Mart umbrella.

In an interview at Shoptalk this week with Scott Friend, managing director, Bain Capital Ventures, Marc Lore, the founder of Jet.com and now president and CEO, Wal-Mart E-Commerce U.S., discussed why he sold Jet as well as how Wal-Mart is looking to grow its e-commerce business. Via mytotalretail.com

Was ModCloth a Good Deal for Walmart?

Walmart subsidiary Jet.com last week bought online women’s clothing retailer ModCloth for between $40 and $60 million — nearly half what ModCloth raised from investors since its founding in 2002. But L2 research suggests that the deal is no better for Jet than for ModCloth.

Jet has made several apparel acquisitions in the past year, including home goods maker Hayneedle, shoe vendor Shoebuy, and outdoor apparel seller Moosejaw – suggesting that like Amazon, the e-tailer is trying to expand beyond CPG. Sucharita Mulpuru, chief retail strategist at Shoptalk, told Business of Fashion that she saw value in ModCloth’s private label offering, customer data, established relationships with suppliers and pricing relevance, “particularly in the contemporary space.”

However, L2 research suggests that this acquisition is unlikely to pay off. Even Amazon has struggled with fashion, and given that Walmart consumers are typically less affluent, the fashion goods seller might not be the best fit for the retailer’s demographics – meaning that Jet will also be unable to help ModCloth scale. While ModCloth’s price point is certainly less premium than the high fashion brands that Amazon has targeted for partnerships, with most dresses hovering around $70, the prices are not necessarily low enough to be in the range of affordability for Walmart customers. Via l2inc.com

Our regular coverage of retail news and innovations continues weekly and your free subscription to Cashback Industry News at the top of the page will keep you current.