Today, we’ve got a roundup of the latest news in payments, payment technologies and mobile pay. The sector is moving fast and mobile growth is impressive. 52% of online purchases are now done via mobile device according to research by Criteo. Smartphones influence 84% of millennials’ in-store shopping says a report by Alliance Data.

Mercator Advisory Group predicts universal pay systems will eventually overtake retail brand payments due to cost, rapid technology change  and consumer preference. PwC says nine out of ten payments companies believe up to 25% of their business will be lost to FinTech companies by 2020. PayPal and MasterCard will soon launch a new digital and mobile payment platform. A CCG Catalyst Consulting Group study says millennials like mobile wallets, just not from banks.

PayPal and MasterCard reached agreement on new payment platform with some very banking-like features. Best Buy introduced mobile payments across its US stores, online and in its mobile app in a partnership with ChasePay. By October 24,  Walmart Canada will stop accepting Visa in 16 Manitoba stores in a dispute over fees. A McKinsey report says more than $23 billion was invested in FinTech between 2011 and 2014. Much disruption and innovation ahead in traditional banking and mobile payments for business and consumers.

52% of purchases now on mobile The days when shoppers browsed on mobile and switched to a desktop to buy are fading, as this channel now captures more than half of all e-commerce transactions.

In the first half of 2016, top U.S. retailers grew mobile sales by 30 percent as mobile sales now account for 52 percent of all digital purchases, according to a new report by Criteo. Across all U.S. retailers, mobile share of e-commerce transactions increased by 17 percent year-over-year.

“Mobile commerce has reached a turning point and is surpassing desktop purchasing as retailers continue to evolve their mobile shopping platforms,” said Elie Kanaan, exec-VP of marketing, Criteo. “Retailers need to create a truly seamless mobile and cross-device experience and be prepared to engage with users no matter where they are along the path to purchase. Brands that master the mobile trend will have a head start on competitors and the momentum to lead the pack through the shopping seasons ahead.” Via fierceretail.com

Retailers should stop thinking of mobile as a disruptor but instead embrace it to help usher in sales by making the shopper’s journey more efficient, as 34 percent of consumers leverage devices in-store for product information, according to new insights from Alliance Data.

Millennials are shifting the way retailers need to think of the customer journey, as 63 percent of them claim to shop on their phones everyday. Smartphones are becoming increasingly important at bricks-and-mortar with 84 percent of millennials claiming to use their phones for shopping assistance while in a store.

“Mobile is not so much a disrupter as it is an enabler in the customer journey. Shoppers always have relied on research and social influences in their purchasing decisions; mobile just brings a greater efficiency to the process, streamlining the shopper journey,” said Tom Colven, senior analyst of strategic insights group at Alliance Data. “Retailers need to embrace mobile as part of the path to purchase. Via mobilecommercedaily.com

Mobile wallets are slowly gaining adoption, but retailers’ offerings are currently the winners because they can be easily integrated with loyalty programs, providing an incentive to use them.

Many experts believe that mobile wallets will continue to grow, and by the end of the decade, be universally adopted. Retailers such as Dunkin’ Donuts and Starbucks are leading the charge in terms of brand-led mobile wallets and are seeing significant adoption rates while platform-led services such as Apple Pay and Android Pay mobile wallets are lacking in comparison, but will likely see more users in the coming years.

“For merchant wallets, the vested interest in making them work and the ancillary benefits around marketing data garnered from wider use creates a broader demand in an organization to put incentives to put them in place and the mobile wallet investments successful,” said Joseph Walent, senior analyst of emerging technology advisory service at Mercator Advisory Group. “In my opinion, the main reason for the drag in universal wallet space remains lack of acceptance, be it real or perceived, coupled with a lack of marketing effort beyond the initial set-up the phone. Via mobilecommercedaily.com

Payments companies are the most concerned of all financial industry players to lose parts of their business to FinTech. To tackle this challenge, they are the most active in acquiring FinTech startups and launching their own subsidiaries, and they are investing heavily in cybersecurity and fraud protection.

The payments sector is very aware of the gaining power of FinTechs. Almost nine out of ten payments companies in PwC’s 2016 Global FinTech Survey believe more than a quarter of their operations could be lost to FinTechs by 2020. This is the highest percentage of all financial industry players. In response, 84% of payments companies have placed FinTech at the heart of their strategy and 35% have launched their own FinTech subsidiaries, while only 4% hasn’t yet dealt with FinTech.

Influenced by mobile apps outside of financial services, consumers continue to demand faster and easier payments. As payments become frictionless, incumbents become increasingly concerned about margin pressure. Almost three in four (74%) payments companies see this as a threat, again the highest percentage of all financial sector institutions. Customer churn is also a serious concern for the industry (61% of respondents), and more than a half of the respondents (52%) fear losing market share to new players, according to PwC. Via finchannel.com

It is no wonder that Millennials and other digital consumers are embracing this mobile tool. The question is, when will the payment component of the mobile wallet become mainstream … and which wallet alternative will be the payment tool of choice?

In the CCG Catalyst Consulting Group study, “Millennials and Mobile Wallets,” the similarities and differences between Millennials and non-Millennials are examined. Since Millennials tend to lead other demographic segments in acceptance and use of digital banking tools, this research provides a good view into the future of mobile wallets as well as payment brand acceptance. Via thefinancialbrand.com

The details of the arrangement have yet to be sussed out fully, but in the coming months, it’ll see PayPal users gain the ability to select a MasterCard-branded credit or debit as a default payment method for purchases.

PayPal, for its part, has agreed to share the details of transactions completed with MasterCard’s mobile payments features. It’ll no longer nag users who’ve linked a MasterCard payment method to also link a bank account. And PayPal renewed its commitment to a prior venture, PayPal Business Debit MasterCard, that will provide qualifying PayPal users a MasterCard co-branded debit card funded with a PayPal account.

MasterCard, in turn, is rolling out the digital payments welcome wagon. It’s waiving the digital-wallet fees it typically charges platforms like PayPal, and is discounting its bulk-transaction charges. Separately, it has agreed to embrace Braintree, PayPal’s one-click online checkout tool, in the form of Masterpass (MasterCard’s digital wallet) integration — merchants who use PayPal will be able to implement Masterpass support “more easily.” And in addition, users of PayPal’s Venmo peer-to-peer payments app will soon be able to make instant withdrawals. (Currently, processing of MasterCard debit transfers can take up to three days.) Via digitaltrends.com Best Buy has joined the growing ranks of retailers offering a mobile payment option at checkout, but is partnering with a third-party rather than introducing its own digital wallet.

The electronics chain signed a multiyear agreement to accept JP Morgan Chase’s Chase Pay in stores, online and in the Best Buy app.

“Our goal is always to make things easier for our customers and help them smoothly navigate the checkout process,” added Mark Williams, president of financial services for Best Buy. “Chase Pay provides an easy and safe way for customers to purchase the products they want.” Via fierceretail.com 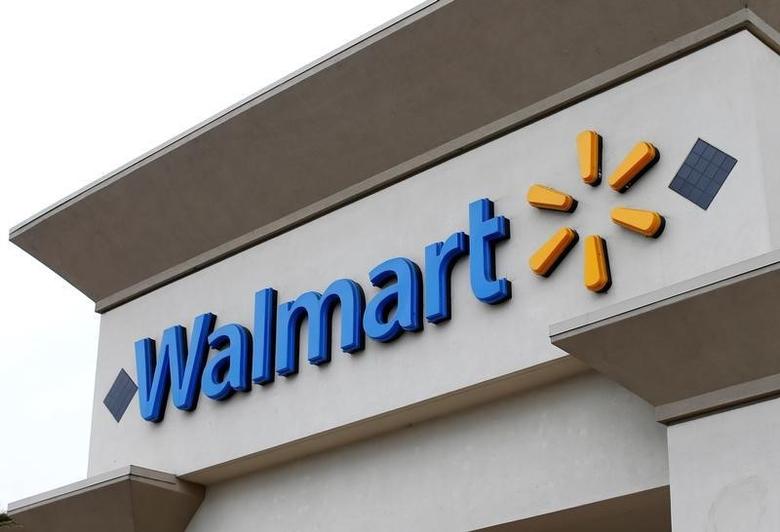 Wal-Mart Canada will stop accepting Visa Inc (V.N) cards at its 16 stores in the province of Manitoba starting Oct. 24, a company spokesman said on Wednesday, raising the stakes in a high-profile fee dispute. Manitoba was “most ready” for the move on Visa cards, he said, without giving any details on why the province was chosen.

In a rare example of talks between a major retailer and credit card company spilling out in public, Wal-Mart said in June it had been unable to agree with Visa on an “acceptable fee” and would no longer accept the company’s credit cards unless it got a better deal.

Visa cards may be banned in more stores if the companies cannot reach an agreement, the Wal-Mart spokesman said, though he did not specify which ones. Via reuters.com

Fintech and the Future of Financial Market Infrastructure

New technologies are disrupting long-established operating models across many business sectors, in some cases transforming entire industries and driving efficiencies and cost saving that would’ve been unachievable just a few years ago. Even in financial services, which has withstood waves of competition from digital innovators over the past two decades, new mobile payment apps and other technologies are forcing banks to adapt and change.

A recent report by McKinsey underscores the ongoing fintech revolution – venture capital and growth equity deployed by fintechs since 2011 has climbed to $23 billion, more than half of which was invested in 2014 alone. As these firms continue to seek new opportunities to apply their technologies to industry-wide challenges, they are setting their sights on an area of untapped potential – the industry’s back office, where a patchwork of legacy settlement and processing systems handle financial transactions worth hundreds of billions of dollars a day in the US alone. Via it-infrastructure.cioreview.com

FinTech is the engine for e-commerce and retail payments innovation

We’re following innovations in FinTech and payment technology because they are the engine that drives business. The disruption to the traditional banking and financial  infrastructure has just begun both with business and consumers and interesting times lie ahead.

Finding these news updates useful? You can get them in your inbox free, every M-W-F morning, by subscribing at the top of the page – always valuable news you can use.